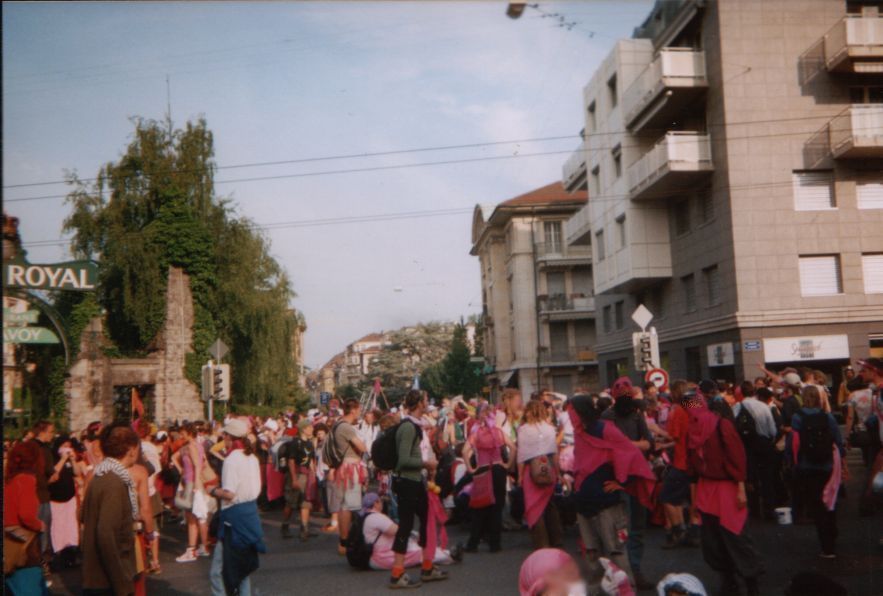 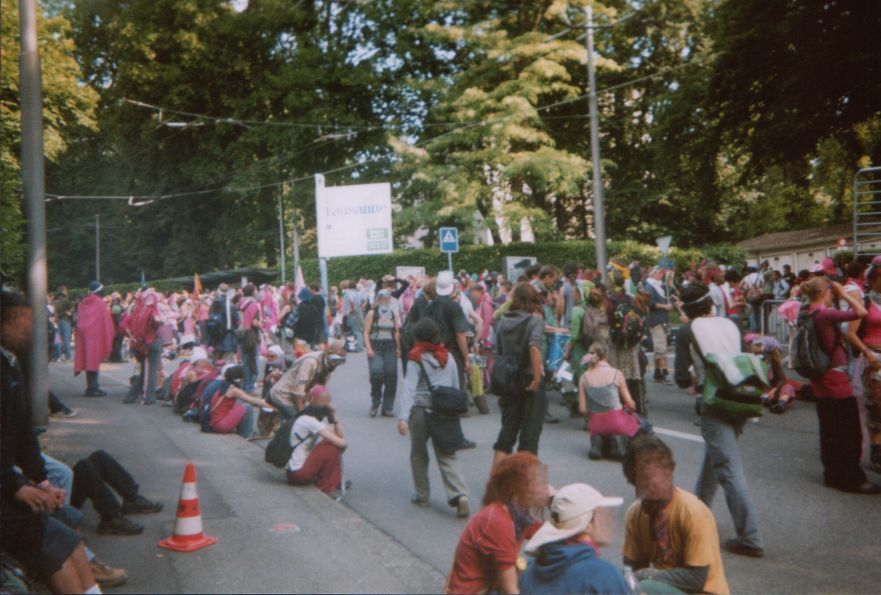 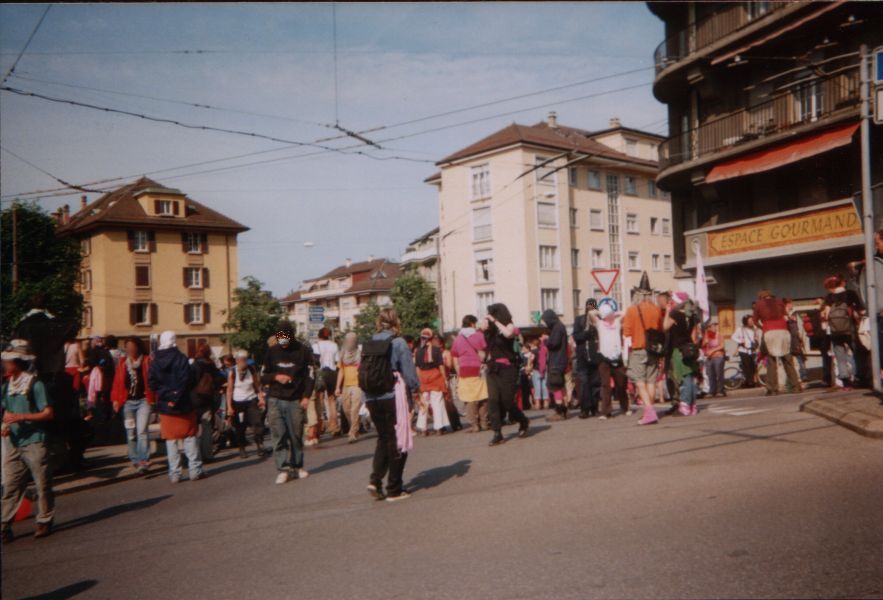 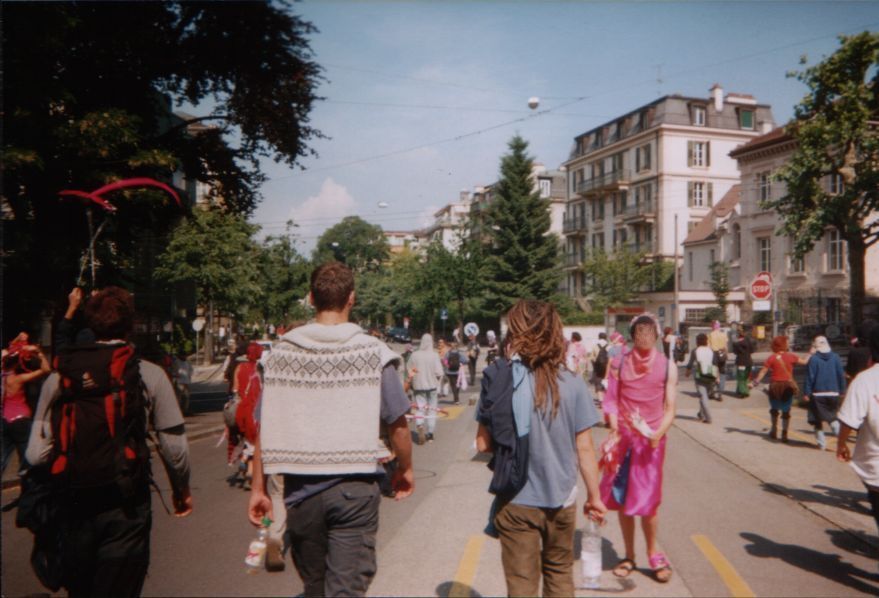 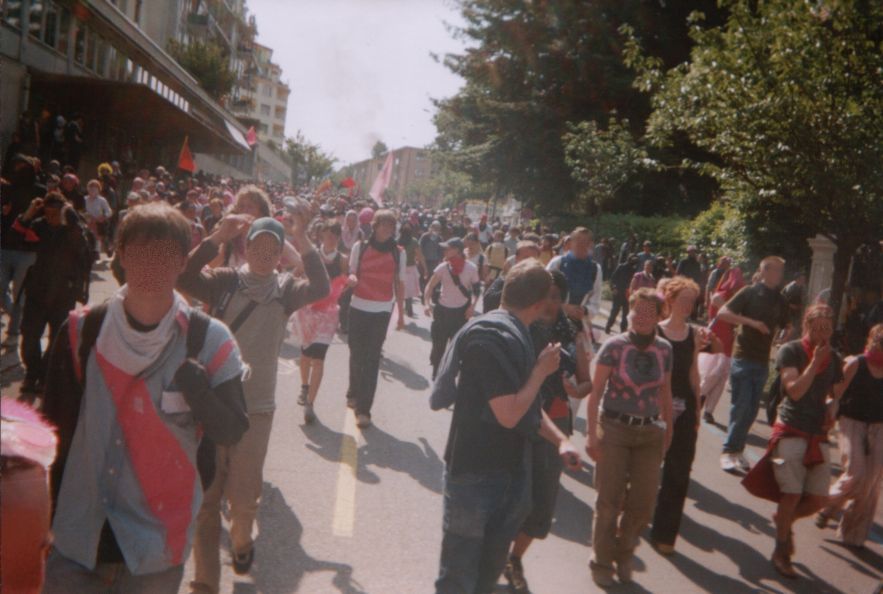 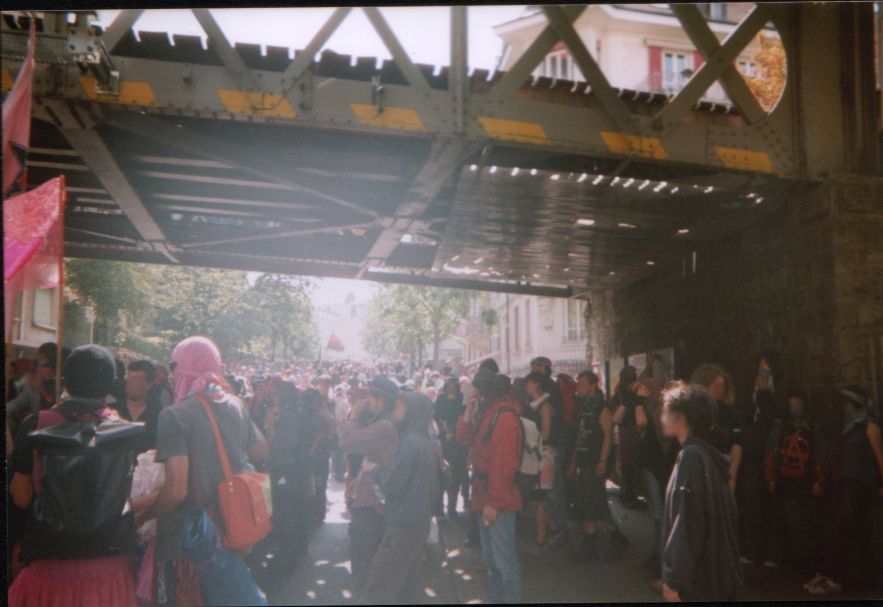 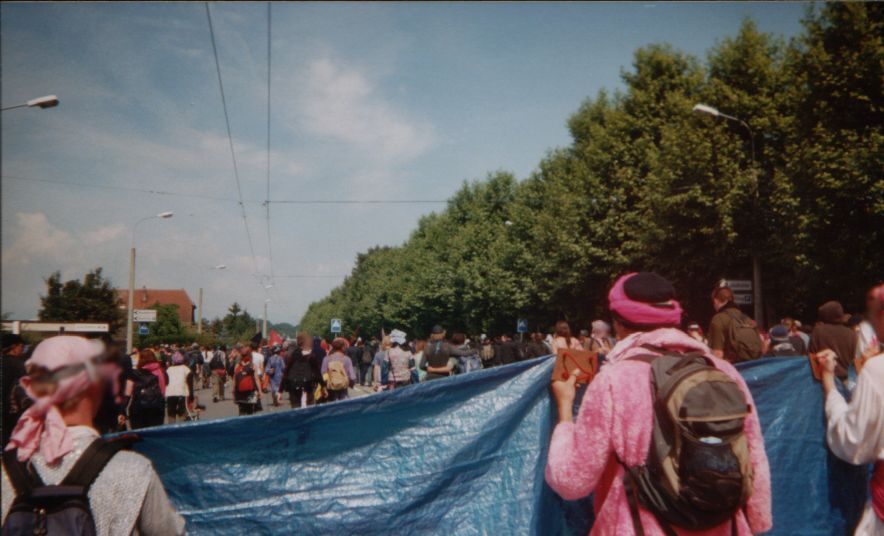 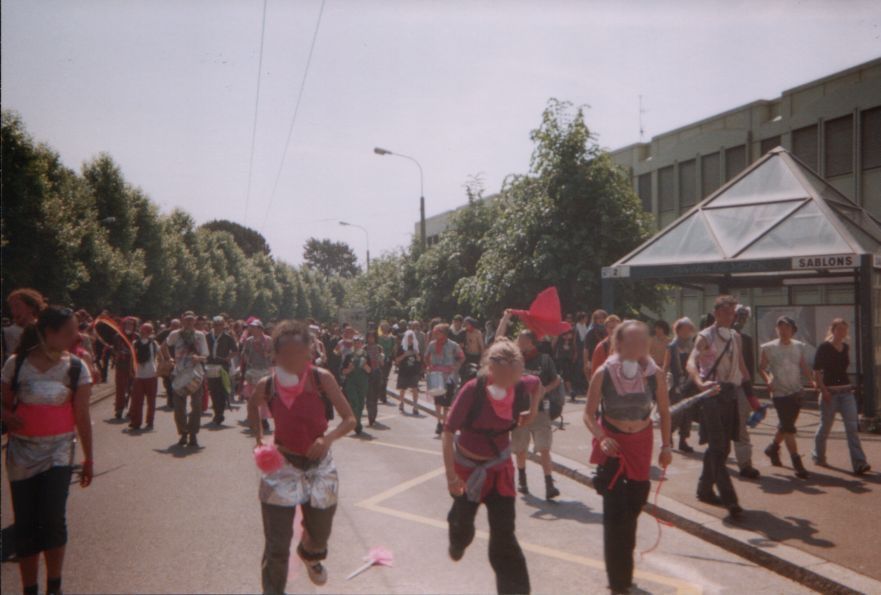 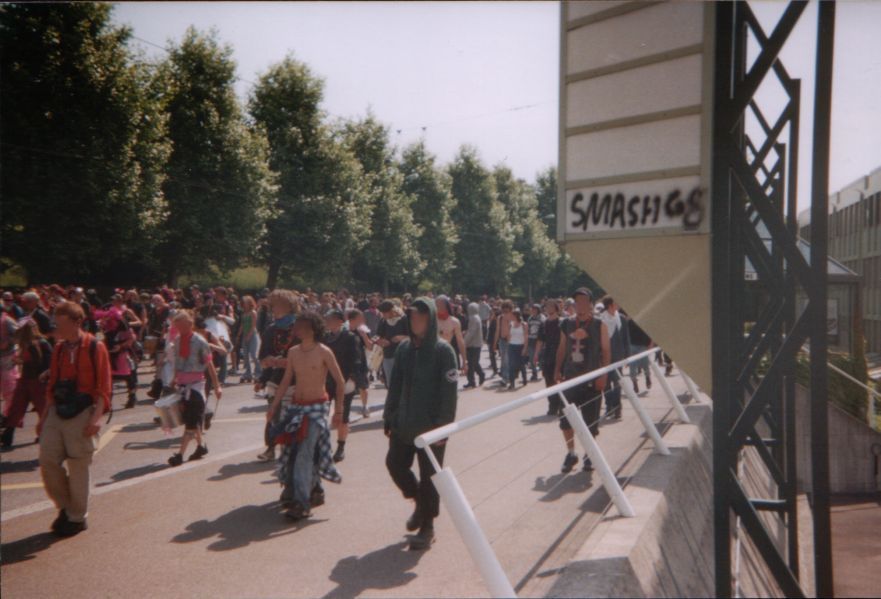 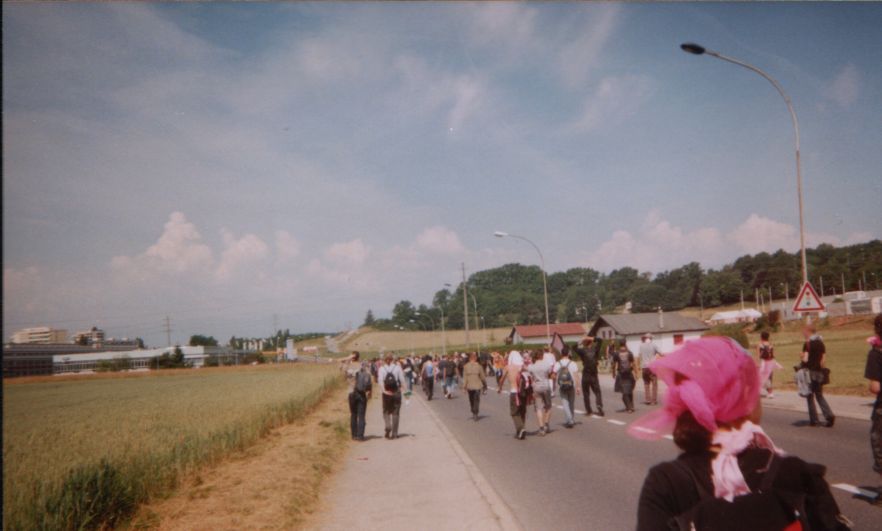 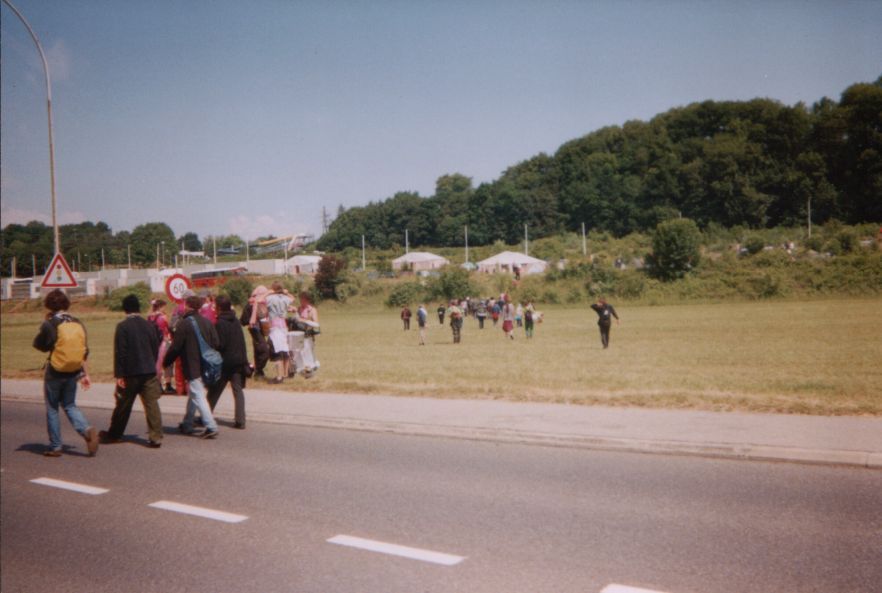 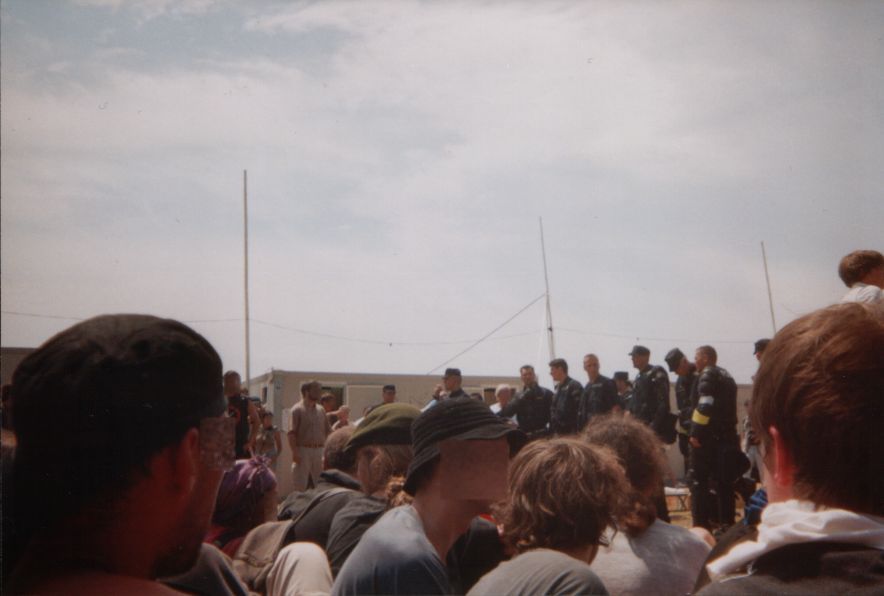 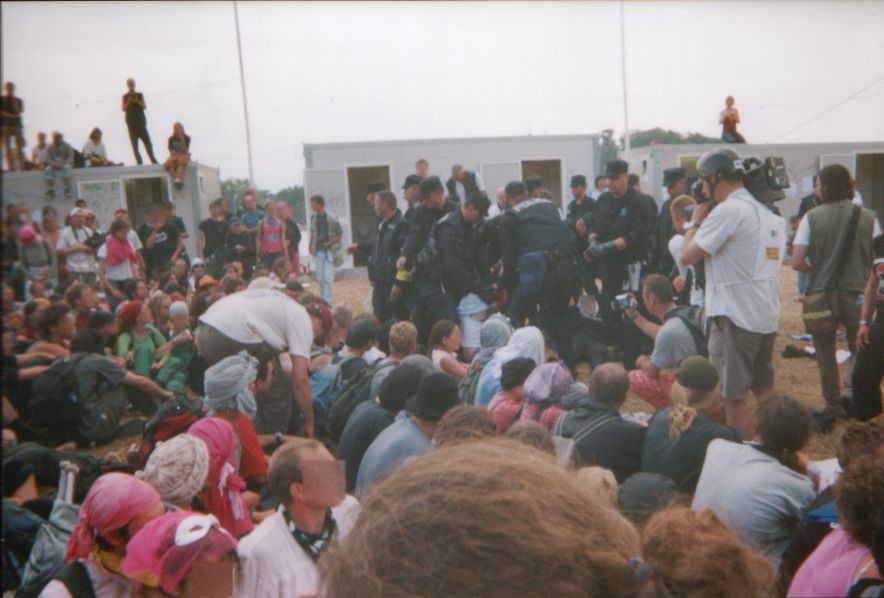 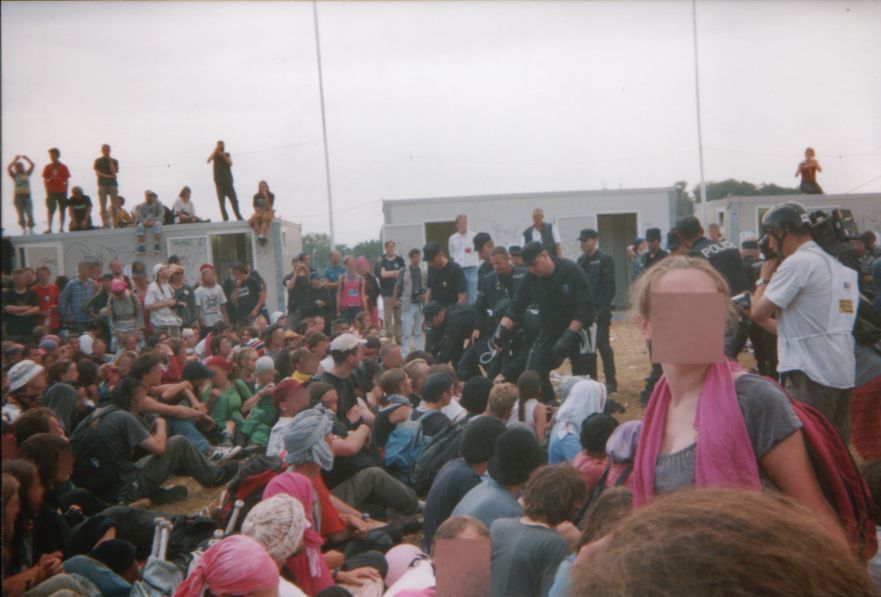 An affinity group from Oxford participated in actions
against the G8 summit in Evian. We were in Lausanne,
with the pink and silver bloc. Here are some photos.

The first nine photos show the PinkSilver forces gathering,
marching, dancing etc. Not shown is the police use of tear
gas, watercannons etc (there are gaps where I had no time
to think of taking photos).

These are followed by two photos of people walking back
to the camps having been forced along the road by tear
gas, and police blockades.

The last three photos show the German police dragging
people away, (having surrounded us at the official camp)
on the pretext of checking IDs.

The solidarity evident during this incident was fantastic,
and later on, half the crowd was rescued by another
demo.

Those who were dragged away were detained for many hours
in a variety of circumstances. Some were arbitrarily
strip-searched or fingerprinted, despite this being
supposedly outside police powers in the circumstances.
Others were held in huge cages of 20-30 and treated
somewhat like animals.

But what doesn't kill you makes you stronger, and by
late that night we were free once more to swim in that
beautiful lake.


PS this is a PERSONAL account, not any kind of collective
statement by the whole affinity group.