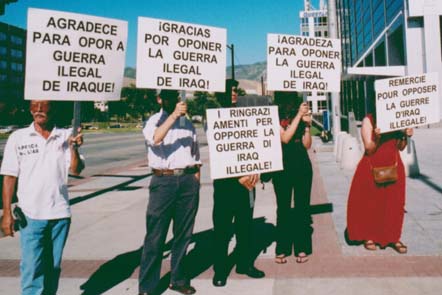 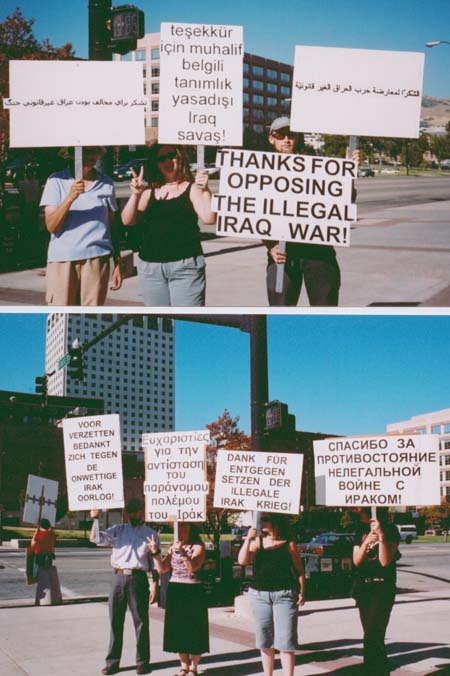 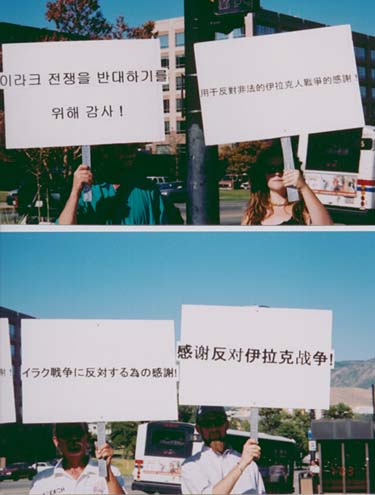 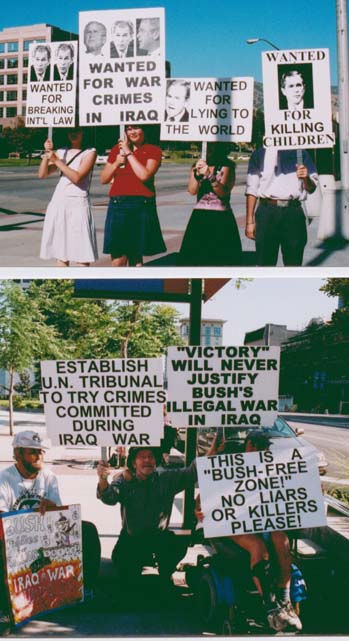 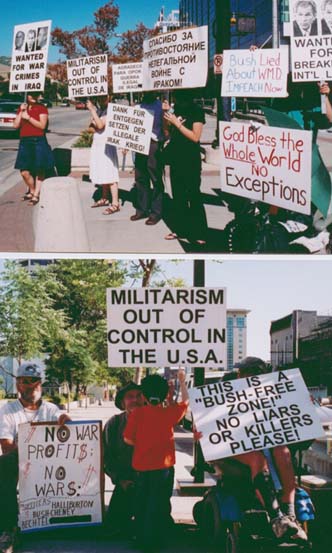 Demonstrators gathered on Salt Lake City's federal building plaza for their weekly 5-7PM peace vigil sponsored by People for Peace and Justice. This rally's theme conveyed a special "Thank you!" to peoples and nations around the world who opposed the illegal war against Iraq.

Participants from People for Peace and Justice, Utah's Green Party and the Committee for War Criminal Prosecution carried signs written in a variety of different languages stating either "Thanks for opposing the illegal Iraq war" or "Thanks for opposing the Iraq war" (please see photos by D. Pang and C. Tripp below). Additional signs addressed U.S. President George W. Bush's war crimes and human rights violations, the current flood of militarism washing over the U.S.A. and the need to establish an international tribunal to investigate all acts committed in Iraq by "coalition forces."

Although not sorry to see Saddam's regime fall, demonstrators agreed that U.S. President George W. Bush and his minions must answer for the deaths of more than 3,000 (and counting) innocent Iraqi civilians caused by the lawless invasion and occupation of Iraq as a first step in rejuvenating international law and combating U.S. unilateralism.

As one participant indicated, even if the war's results produce some good things for Iraq, Bush administration officials should be made to answer for their actions. Not demanding their accountability will allow social reconstruction ends to justify the violent socially destructive means used in achieving them and involves acceptance of practices that run counter to the legal principles employed in every democratic nation.