Nice Day at the Office 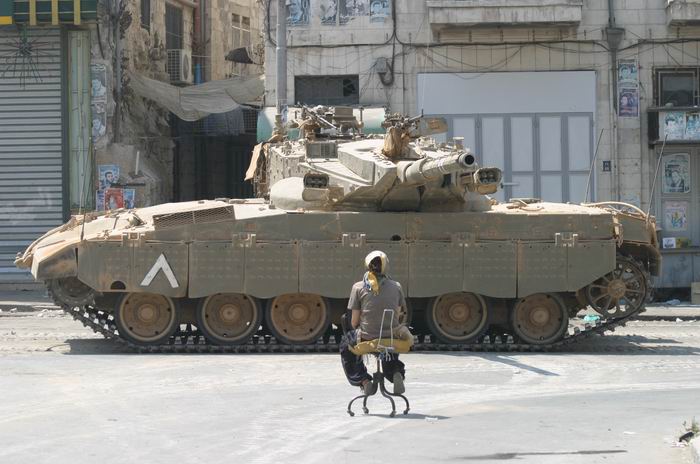 Nice Day at the Office

The activists today, Friday, 22nd August also worked to identify occupied homes placing signs in Arabic that read 'soldiers in house' and signs in English that pointed to the numerous international humanitarian laws that were being broken, such as the Fourth Geneva Convention that allows for the free access of medical teams and labels the occupation of civilian homes a war crime.

The IOF are still in theb Old City of Nablus and have moved in the last few minutes to the main hospital in the Rafidyah district.

Currently three people have been killed.