The Scottish Trade Union Council called for a demonstration at Dungavel Detention Centre, to close this prison like institution down, AND to treat refugees and asylum seekers humanely and with respect. 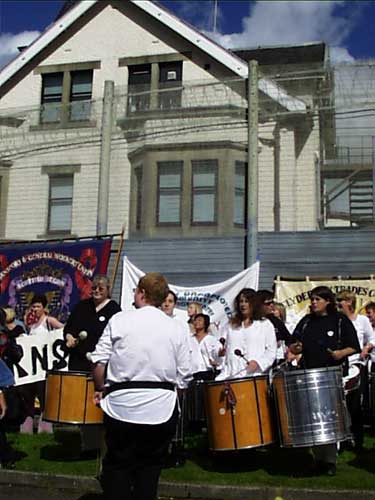 the samba band was üplaying at the arrival 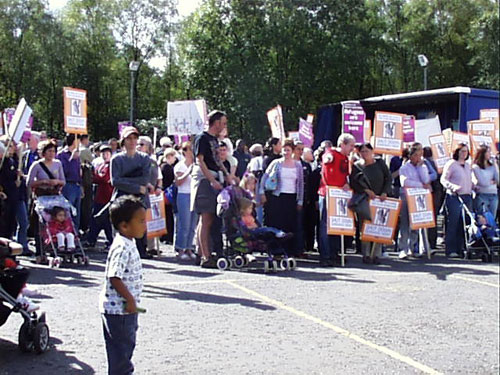 many kids were at the protests, also many teenagers,... 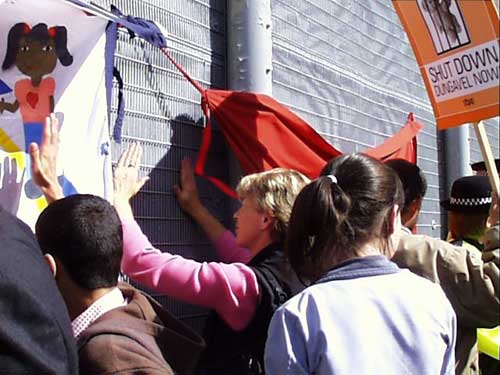 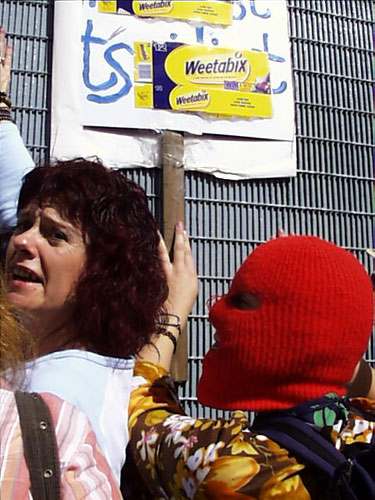 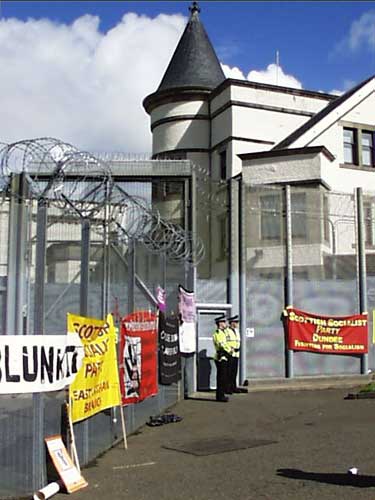 The entrance of Dungavel Detention Centre 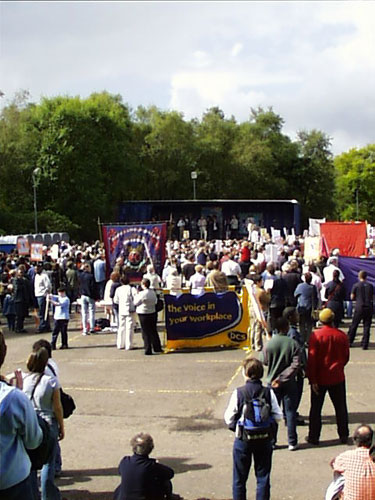 The platform for the rally and the speakers. 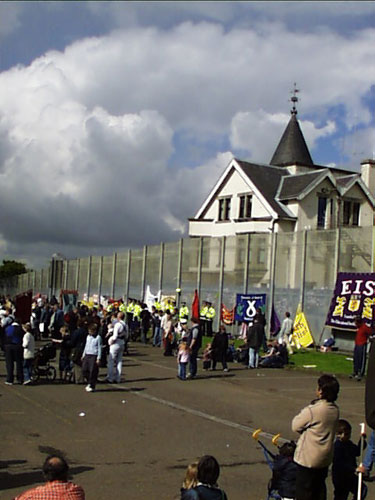 the fence and the detention centre- more ugly buildings at the back... 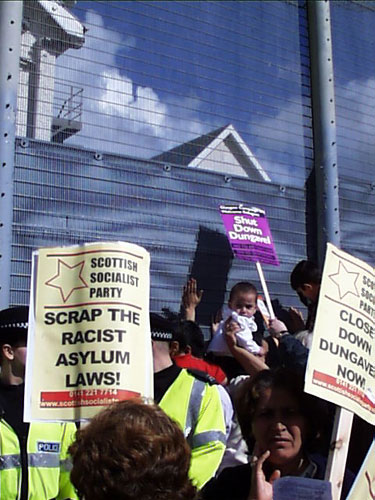 the range of protester were astonishing.

Over 10 doubledecker buses were chartered from Glasgow, and other buses came from the South, from Edinburgh and other cities.
Dungavel Detention Centre lies very isolated in the countryside, and as the refugees are not allowed to leave the area, and only allowed outside the buildings for an hour or so daily, it is difficult for locals and friends alike to get in touch with them.
The demonstration and the information evening organised by Positive Action for Housing, are a first step for the people in Scotland to wake up and to educate and take action against the inhumane, degrading and segregative treatment of asylum seekers in the UK.

More in the next report.