The rally at the Dungavel Detention Centre, which lies isolated about 40 min away (busdrive), in the country side, was visited today by about a thousand protesters.
At least 10 doubledekker buses made their way from Glasgow and several from the south and from Edinburgh to get a first hand knowledge and experience about the Dungavel Detention Centre which is constantly in the news particularly for its "family unit" where not only the parents are fitted up for no crime or charges, but also their children. 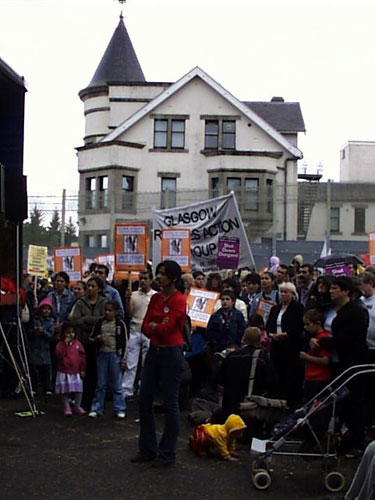 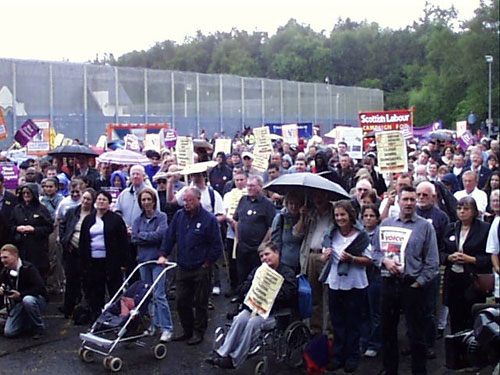 picture from the stage 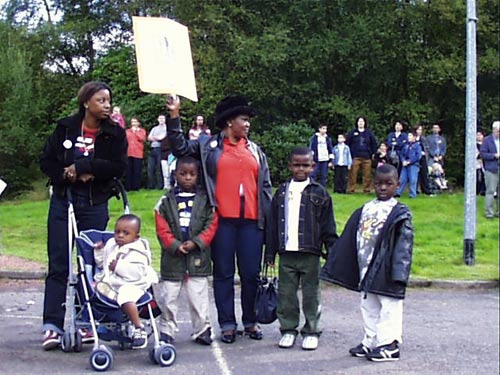 a family of protesters 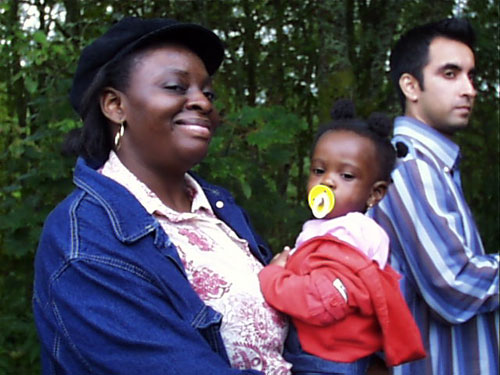 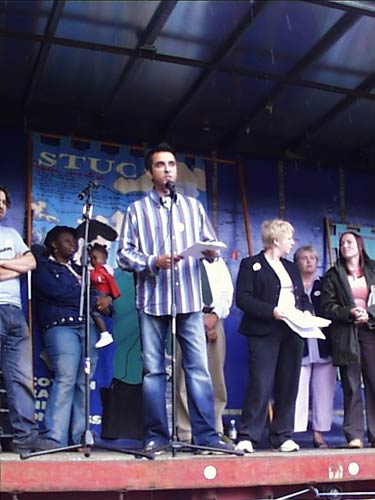 Dungavel Detention Centre was just in the news the other day, when a mother was fined her weekly allowance of 3 pounds(?) to punish her for smuggeling food in her room to feed her little children in between the regulated meal times.
The pretext for this punishment were "safe and healthty rules of the Home Office", however, apparantly even in prison it is allowed for the inmates to have food in their cells in between meal times.

A wide range of speakers, including conservative party heads were all at least agreeing to close down the family unit imediatedly, but most of the public, audience and speakers alike, agreed the whole of Detention of Asylum Seekers is a shame and should be abolished and replaced with a human treatment of refugees.