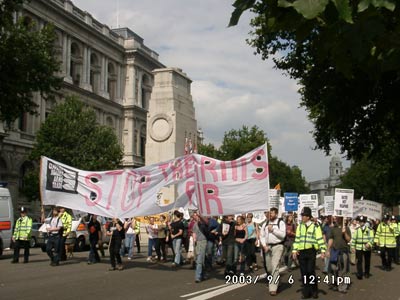 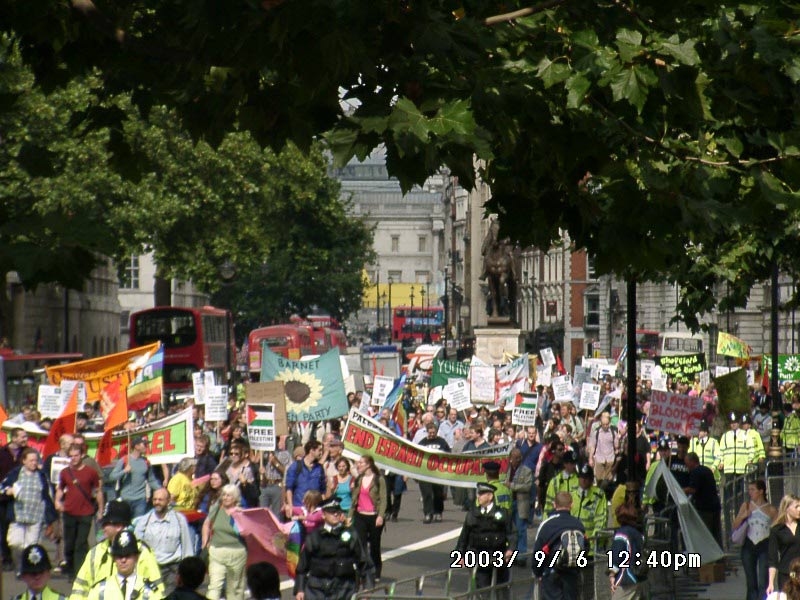 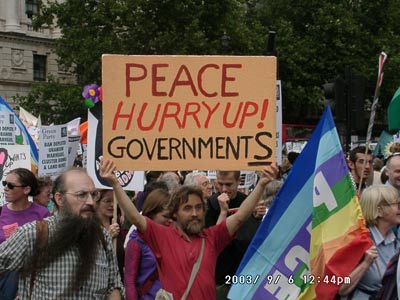 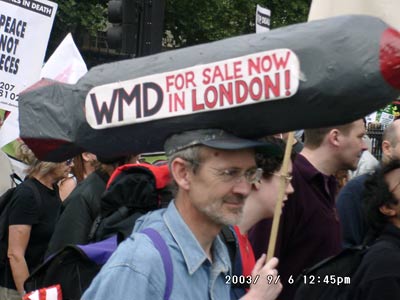 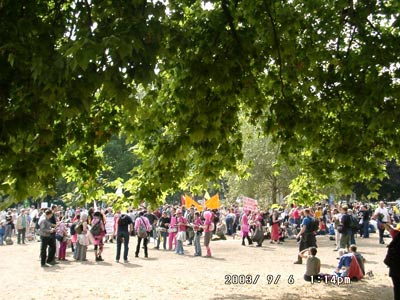 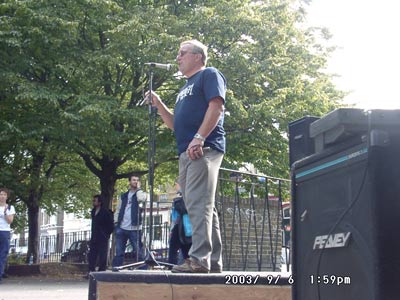 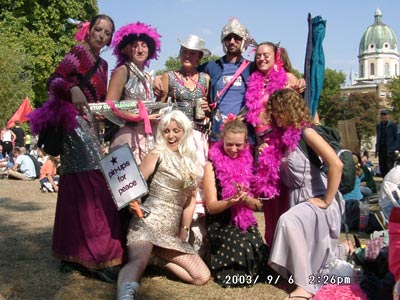 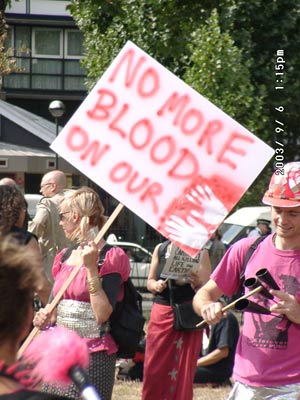 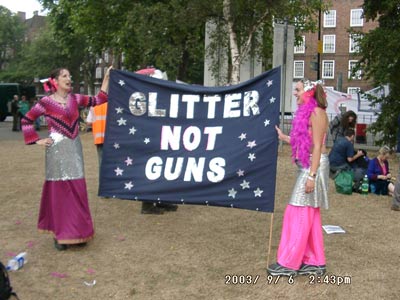 At the park the sun shone and people danced to the bands. Several speakers from campaign groups to MEPs spoke against the arms trade and in particular the dsei arms fair.

This was the first 'official' protest of the week of anti-dsei events.