Protestors filled the Trafalgar Square with 'blood' this afternoon, in protest against the DSEi arms fair. 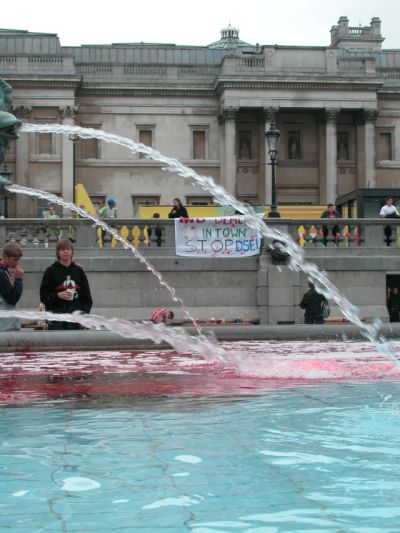 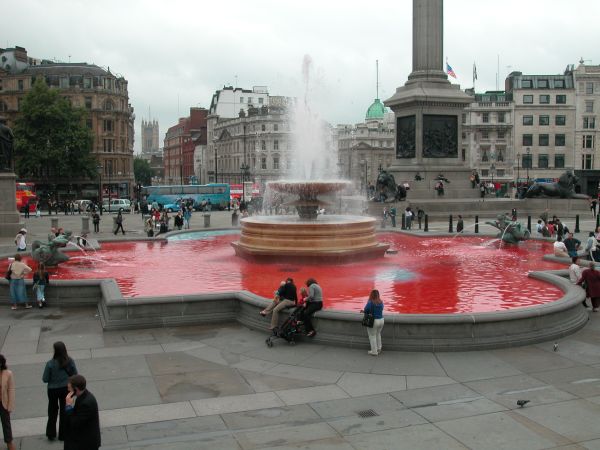 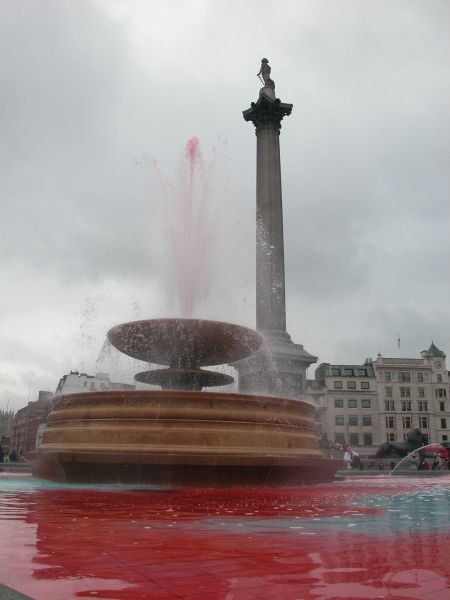 The demonstrators unveiled a banner which read: "Arms dealers in town. Stop DSEi
In an anonymous press statement, the protestors - believed to be students - said:
"The DSEi arms fair is a stain on London, selling weapons of mass destruction to repressive regimes the world over.
"The government subsidises the arms trade to the tune of £763 million a year - money which could better be spent on education.
"On the anniversary of September 11 atrocities in New York and Chile, the best thing we could do to prevent terror is to stop this bloody trade. Disarm DSEi!"