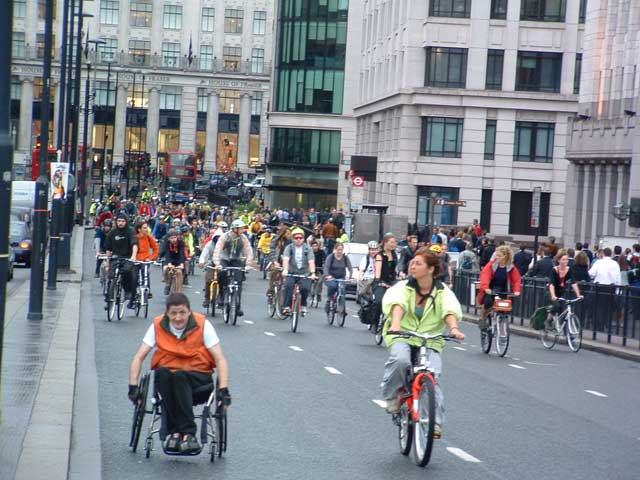 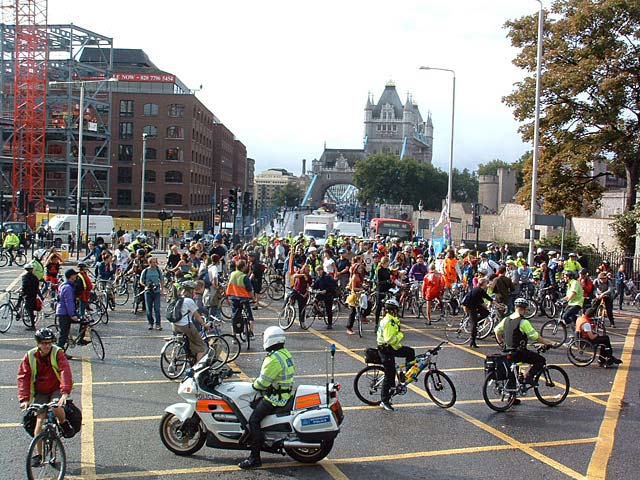 Blockade on the north side of Tower bridge 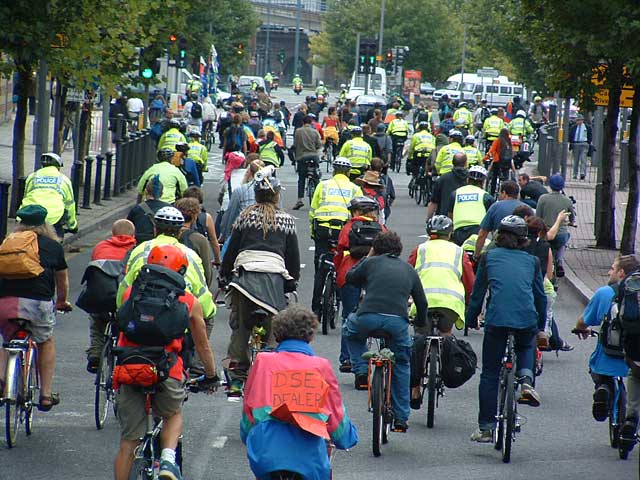 Lots of police on bicycles - less polluting than motorised police 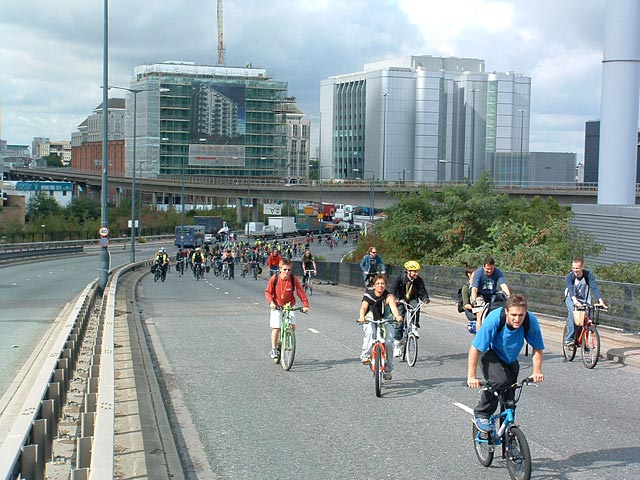 Heading away from Cannary Wharf

The critical mass bike ride was one of several highlights of a great week. Various temporary blockades were created starting just a few feet from the start at the Bank intersection.

Perhaps the best one for DSEi was on the south side of the Connaught Bridge. The police claimed the road was closed (it turned out it was only closed to us) so we all just waited on the roundabout which caused massive traffic chaos in all directions including the east entrance to DSEi.