Witness appeal for the DSEI action outside the royal lancaster hotel photographs, video, were you there? 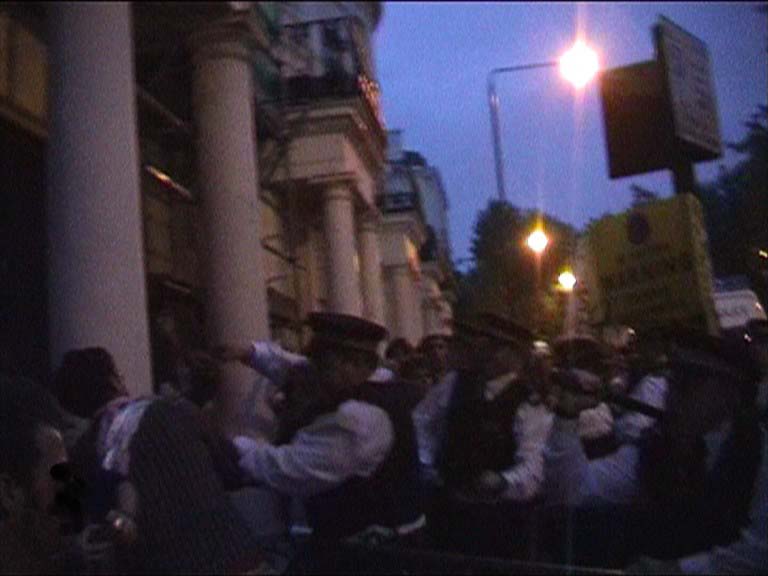 Pumped up and unprovocked, the police hit first...

On Thursday the 11th of September at aproximatly 8 pm in front of the Royal Lancaster Hotel, the police attacked, beat up and arrested a member of the Torino samba band that came along with Rhythms Of Resistance to support the anti-dsei protests. This was the most violent and unreasonable attack on a member of 'the samba band" we have ever witnessed. After spending two days in Charing Cross police station he has been charged with assault of three police officers and affray.


He could spend 5 years in prison for what was a peaceful protest outside DSEI's closing gala dinner, "... the highlight of Europe's biggest arms fair " . To protect the arms dealers from the rhythms of samba, officers violently pushed players and dancers first against police barriers and then against street railings, crushing demonstrators with heavy drums against them.

Your help is important! not only if you where witness to the moment of the arrest but also if you could bear witness to the police moves, and the rest of the protest.