Packed Court Hears Of Another Adjournment In Ulla's Trial 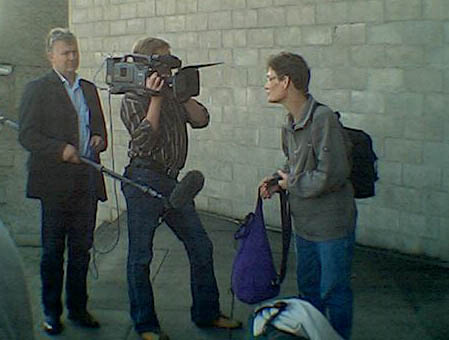 All morning small courtroom number three was packed with Ulla's supporters who expected to hear final debate before the full trial on Monday. Instead they heard of a further adjournment of the trial.

The Sheriff in Ulla's case in Kirkcaldy heard Aamer Anwar for the defence put forward a Special Defence which the Prosecution said they needed further time to consider. The Sheriff set a new diet of debate for the 3rd October, with a new trial date provisionally for the 28th October

Witnesses due to arrive next week for the trial are now being urgently contacted and informed of the changes. Accommodation for supporters will be rearranged for the new trial date.

Ulla was pleased with the turnout in court today and gave a big thank you to those who attended, as well as to all those who had been arranging support for next week.

Many thanks,
The "Keep Ulla Free" campaign.