Supporters of the Castle Area Campaign used a "Without Walls" march to celebrate the victory over the proposed "Shoppergate" near Clifford's Tower. 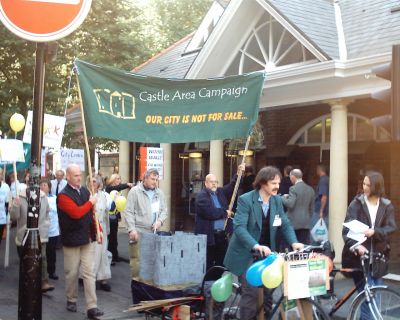 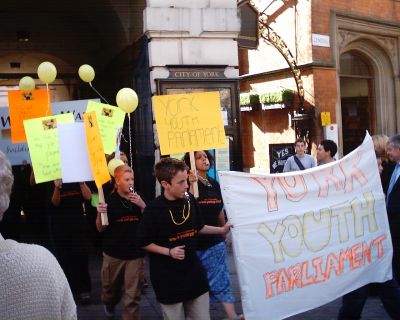 York Youth Parliament head the march out of the Guildhall 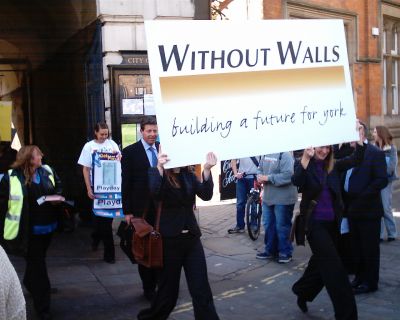 So what is Without Walls Actually about? 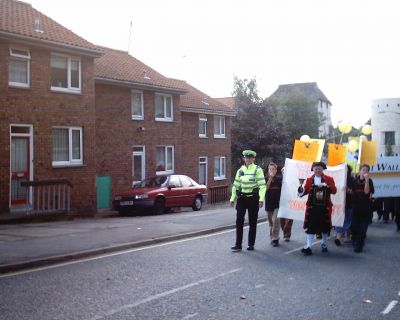 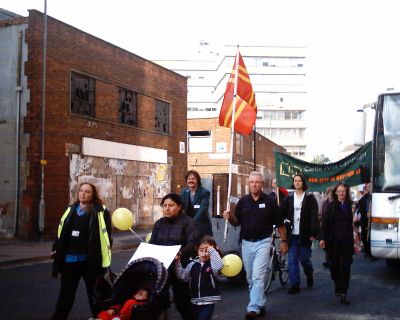 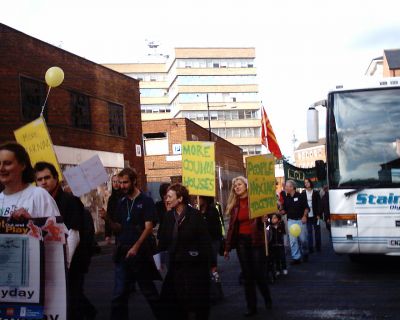 More council houses... yer some in place of building behind would be good 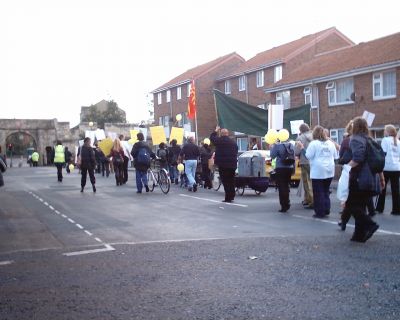 Just before the Barbican Centre and the end of the march

Recently proposals to build a large shopping centre, Coppergate II, were finally thrown out. The UK Government and the Planning Inspectorate agree that the Coppergate II shopping mall should not go ahead next to the scheduled ancient monument of Clifford's Tower. The Inspector heavily criticised the Land Securities scheme as over-development and being inappropriate for this highly sensitive area. The Inspector also criticised the inconsistencies in “the Council’s long and relentless drive to secure development there.” The Inspector's report was damning!

http://www.yorkcastle.com/ which had been opposing the plans used a march through the centre of the city to celebrate the success.

The march had been organised, and populated by "Without Walls"

http://www.yorkwow.org.uk/ a "local strategic partnership" of the council, business and voluntary organisations. The Castle Area Campaign made up half the march, with members of other without walls organisations making up the rest.

http://www.yorkyp.co.uk/ in their url branded t-shirts called for the minimum wage to be paid to _all_ now.