At today's anti-occupation rally in London, a young boy was arrested by police for graffitiing a wall with chalk. Eventually they were shamed into releasing him.› 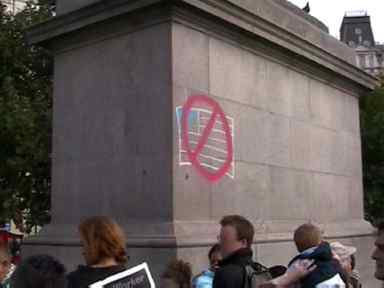 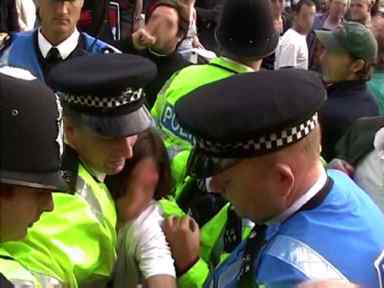 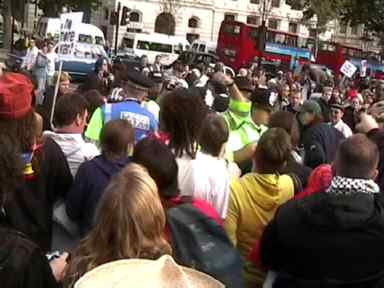 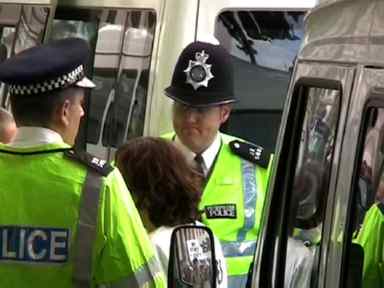 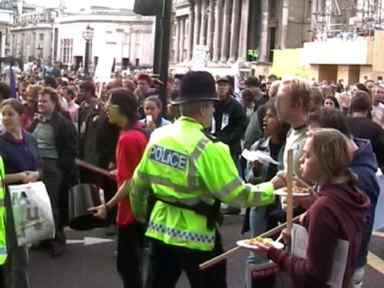 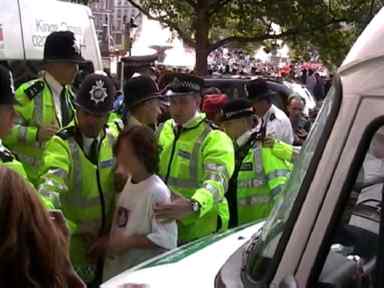 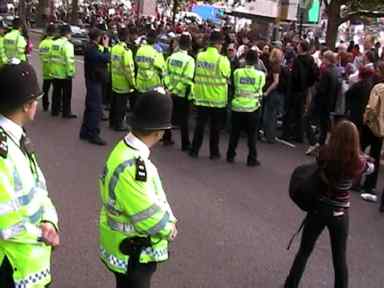 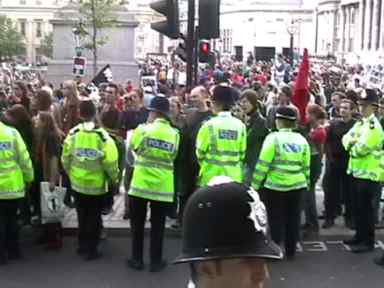 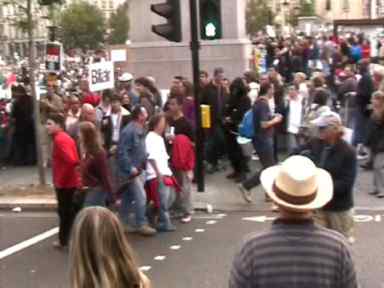 At about 4.30 this afternoon in Trafalgar Square, during the anti-occupation rally, police attempted to arrest a young teenage boy after he had used chalk to create a graffito of a 'no american flag' symbol.

Several police surrounded the boy and marched him off away from friends and a frantic parent.

Members of the public saw what was happening and began to surround the police chanting "let him go". The police reacted violently as they lost control of the situation, and then set up cordons to keep the peaceful but angry crowd at bay while they searched the frightened young boy in a space between their vans.

After a tense stand-off for quarter of an hour, they eventually released the boy who was led away by a relieved parent amidst cheers from the crowd.