Some of the chalk graffiti from todays Trafalgar Sq protest

One really imaginative idea on today's End the Occupation of Iraq demo was to distribute many many boxes of coloured chalk amongst the crowds in Trafalgar Square for them to do their own thing with on the paving stones. The kids especially loved the idea. Here's a selection of some of the work. 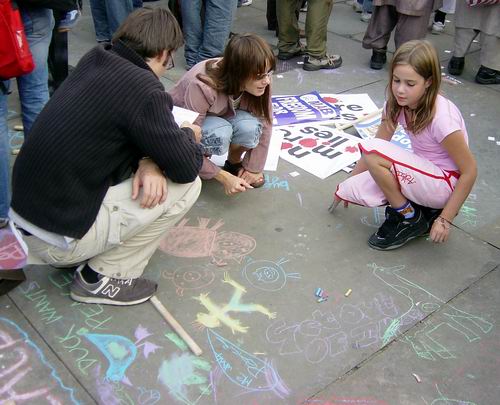 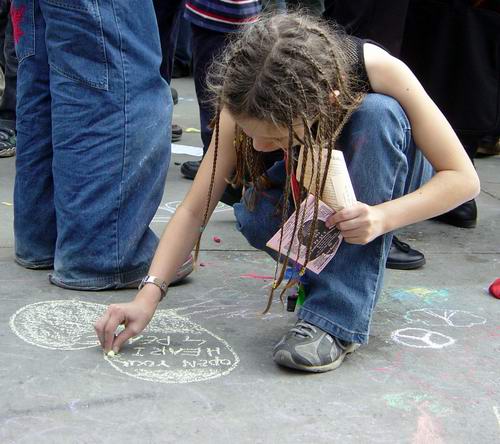 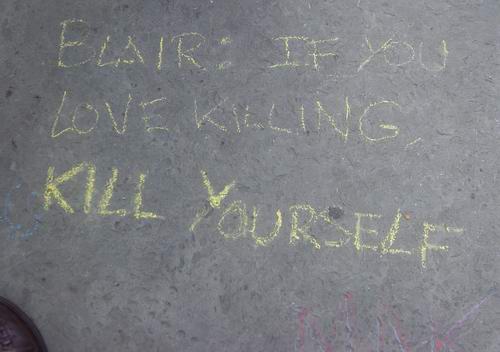 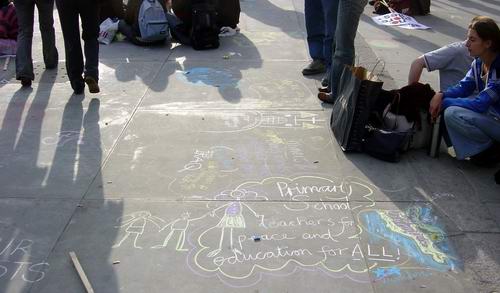 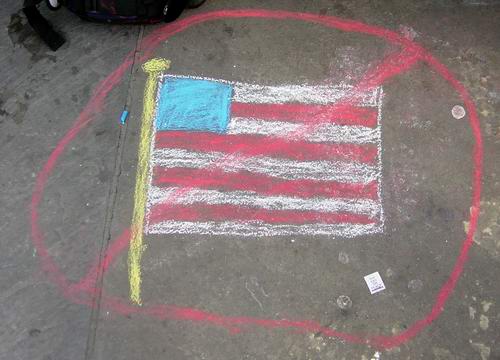 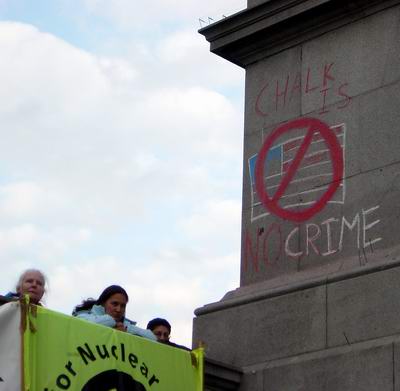 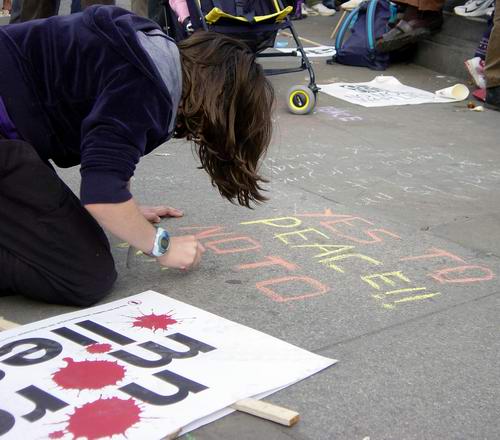 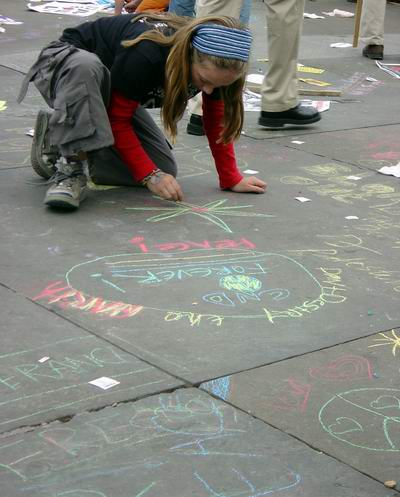 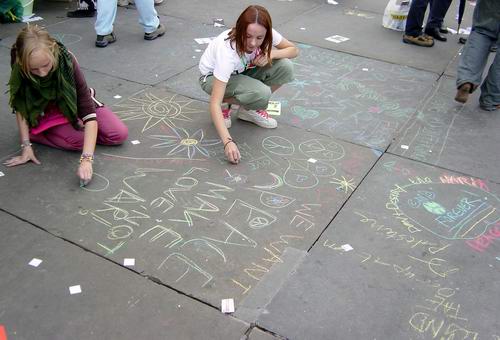 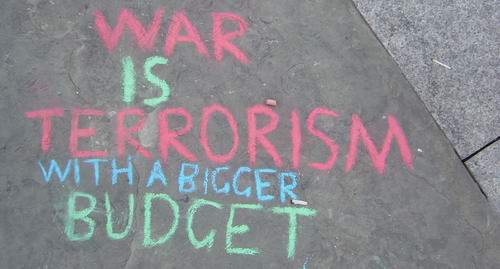 http://indymedia.org.uk/en/2003/09/278054.html
for the story on how one guy was arrested for chalking on some tedious statue but later released after determined protest by the crowds. Someone later added their own comments on the police's action to his unfinished work.