It has been long observed that people for some reason on their non-banking days readily absorb shite about Dangerous Places, Famous People, Sensible Saving Options, Holidays, Interesting facts, Sport results, Media, gardening and health as well looking ahead at “incoming issues” including the period between 1492 and today. 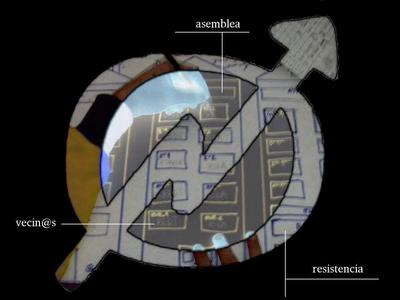 Dangerous places of which we will never pretend there are not many:

History.
School.
Prison.
Hollywood.
Iraq.
Palestine.
Syria.
Israel.
the little bit between Venezuela and Colombia and Brazil.
Antartica.
and the internet.
The American government has decided that internet sites may qualify to be terrorist organisations.
read more:

Now on this day yawn yawn, Columbus Cristofore, Colón, the original "Columbine" wrote in his log that a lowly sailor of the Pinta had sighted land. And the next day the 90 crew members of Christopher Columbus's three-ship fleet ventured onto the Bahamian island of Guanahaní, ending a voyage begun nearly ten weeks earlier in Palos, Spain.

They thereafter returned short a few sailors and one ship to Barcelona where they met the sponsers of the "expedition". The sponsers took note of the lack of "Gold" the funny birds which were called parrots, the loss of one moderatly expensive ship, and the rest as we know is "history".

This last week, a very useful guide to squatting a house was published in castillian spanish on the Madiaq imc site which occupies that psychic and cyber space between North Africa and the peninsula home to "Spain, Portugal, and all the other bits".

May it be put to good use.

Sport: Summer ends and most workers especially parents are in debt. More employers are liquidated, globally crops are ruined and balls are still getting kicked.

Horoscope: How did you ever think, when you were so gullible? You need to be more assertive but don’t forget to always have that conciliatory side when its needed. The figure $ or it’s equivalent will feature strongly this week.

Problem page.
Many people wrote in with their worries, rest assured none of you are alone in your plight. Try talking to trusted loved ones or getting to know your neighbours by name. Never be afraid of admitting how stupid you can be. If you’re rude say sorry. If you drink or take drugs don’t drive. If you use a mobile phone, TV, or microwave try and maintain at least three metres distance from your internal organs at all times. If you cross the road look both ways. If you’re in a shop check your change before you leave. If you’re on the telephone try smiling before you call strangers. If you goto the toilet wash your hands afterwards. If you wash your feet regularly they’ll last a lifetime.
If you pick your nose make sure your fingernails are clean. If you go out in the Sun be careful of UVA. If you get caught in the rain wash it off. If you see shellfish near any european city with more than 600,000 inhabitants on the beach don’t eat them. If you notice a dolphin take it seriously.

IT. Can you protect your computer from virussis or spam?

Answer:. yes you can/all of it.


my local day out today didn't happen. I suppose in a tolerant society it ought be ok if anarkistys don't go out and walk every weekend. I quite liked the break. But it really would be much nicer if those who chose to celebrate this day weren't fascists.

Since Columbus did his thing, hundreds of millions of other people have gone both ways accross the Atlantic Ocean, some as boat owners, some as slaves, some as workers, some as clerics, some as simply slightly lost.


the ipsiphi (not @ their best it's true)