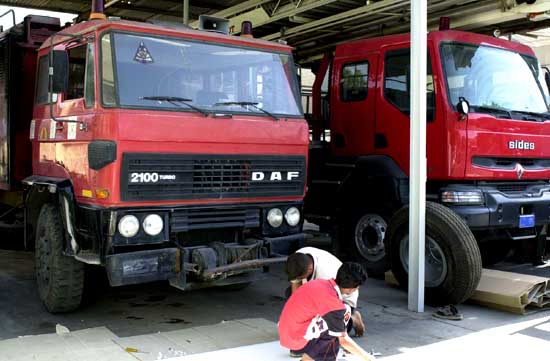 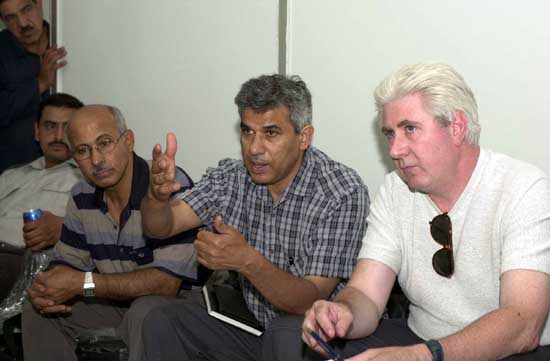 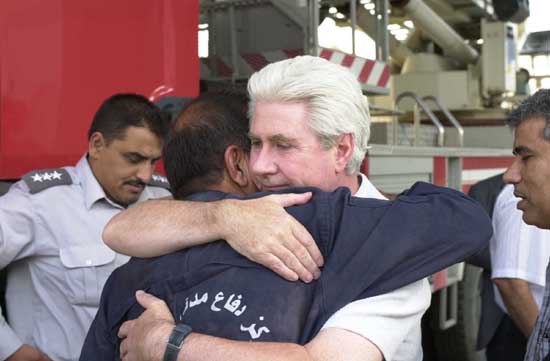 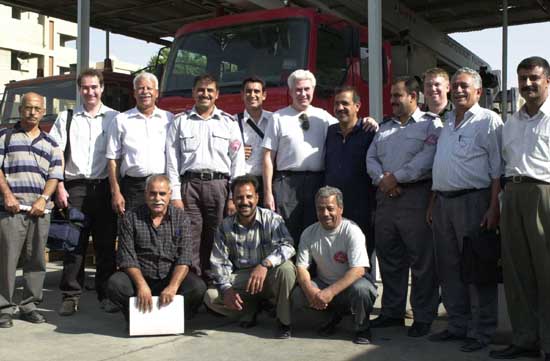 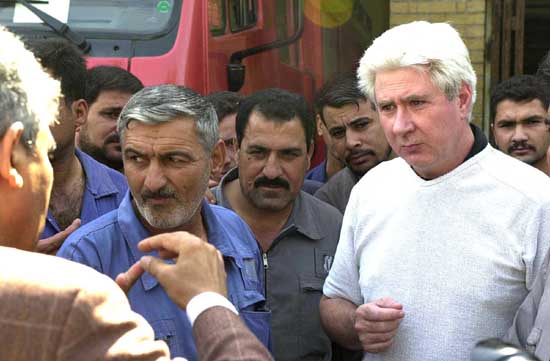 Meeting firefighters at the oil refinary

Firefighters will simply do a job irrespective of the standard of equipment provided, however poor equipment, firekit that dosnt fit or protect, no pension scheme, no death benefits, the firefighters of Bagdad deserve better. The prospect for these men and the immediate future has to be one of hope for it could not be much worse than at present.
Having arrived at the station I am met by a man not wearing a uniform who was the colonal of the station. Within a very short time it was clear that the firefighters who I wanted to meet were not going to made availible. The colonal was in fact a Policeman trained in civil defence I did not feel inspired or reassured by the colonal. He seemed bemused by my questions regarding minimum crewing levels, attendance times, and the need for breathing apperatus proceedures. I had the impression that the man sat opposite me was until recently a Baathe party member. I asked did he see himself as a Policeman or firefighter? Was there not a conflict betwwen the roles? The issue of neutrality and public confidence? He did not believe that a problem existed nor a need to segregate the roles.
It was time to leave, making my way accross the yard a man appeared in a pair of blue overalls and brown shoes two others joined the first man, I had met the firefighters. Although slightly hesitant at first, as they spoke to my interpreter their confidence grew. The last 34 years had denied these men the right to join a union, infact denied them any rights at all.
I asked to see their fire kit, no personal kit had been issued but in a box an asbestos silver suit, one fit all, unfortunately it didnt. It soon became apparent that these firefighters did not share the views of the colonal. They believed there should be segregation between the two services and wanted to excercise their right to join a trade union. Firefighters the world over are no diferant some just have better equipment and conditions than others.