Shots of the occupation troops taken through the window of our transport. 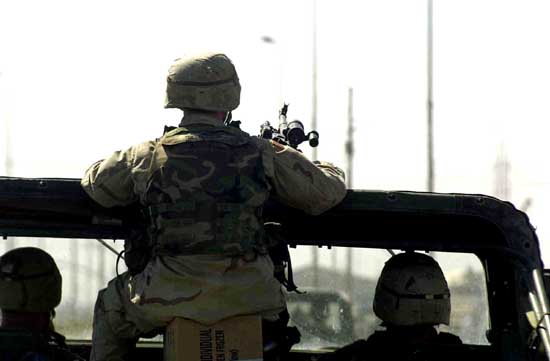 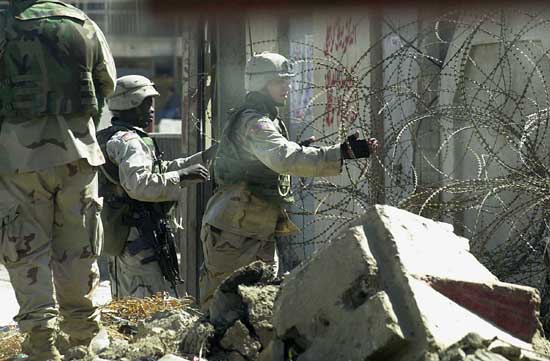 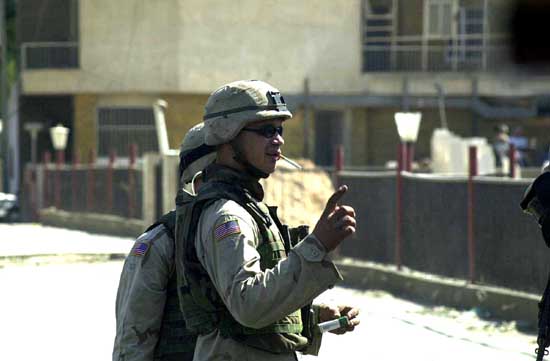 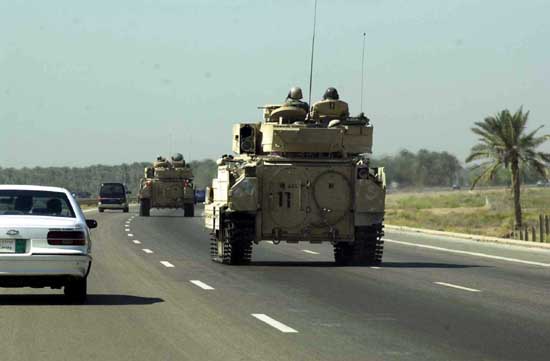 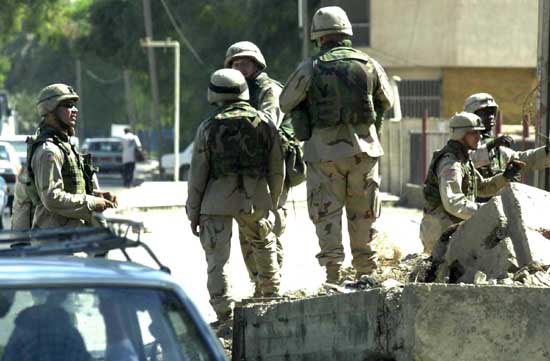 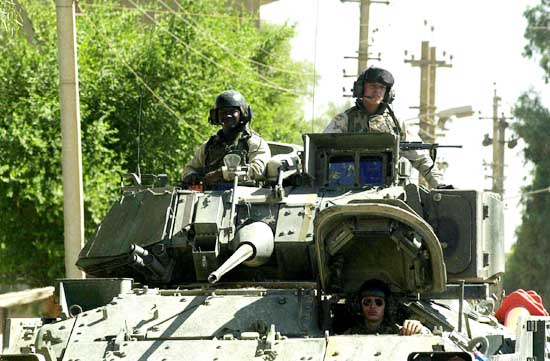 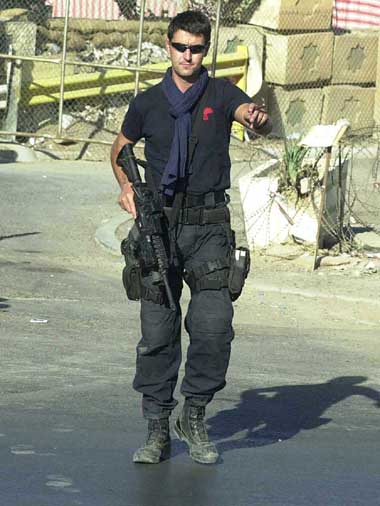 
We see the Americans several times on each journey between our meetings. Driving in convoys through Baghdad's streets or standing behind the Iraqi Police at checkpoints. We also see a British patrol, we are told that they are doing an exchange scheme with the US forces (lucky Brits). We encounter a very stroppy Italian soldier outside the Redcross HQ who does not want his picture taken. The focus for our trip is not the occupation itself but the new Iraqi Trade Unions. The only thing we can say for sure is that we never once see the soldiers talking to the people they are supposed to have liberated.