Exclusive Interview with The Prince of Bhutan

In a national exclusive, Anjool Malde interviews The Prince of Bhutan before his premature exit from Oxford. 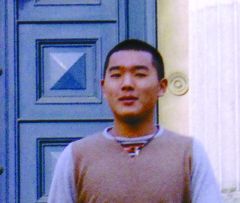 "His Royal Highness Jigyel Ugyen Wangchuck" was an address label that stood out when I was distributing JCR Freshers Handbooks this summer. There was, however, no need for a red carpet, three butlers and a chauffeur-equipped limousine to ferry him around: "I have a modest nature, I don't walk around showing off 'I'm the Prince of Bhutan', I want people to know me for who I am, not what I am". Indeed, the topic has rarely been a source of discussion with peers at his college.

Well, I was interviewing him for what rather than who he was, though royalty aside having experienced life in three diverse nations (having attended Choate Rosemary High in the States for the last three years) must be something in itself. "Different lives, different houses and different cultures, it's like God has given me an opportunity to live again", he says, satisfied but not complacent.

Having visited Oxford last year for his interviews and feeling welcomed by the friendly atmosphere, after four weeks of life at St Peter's College he believes that a good balance between 'work' and 'play' exists, a view arguably not shared by all students. "I love Oxford because I can be Jigyel (or Jigs as he's known), not constantly in the spotlight like in Bhutan." He was however surprised at the number of people living on the streets of Cornmarket, claiming that he had never come across a homeless person in his life, suggesting that in Bhutan a family would take in anyone in need.

Asking for his opinion of Oxford's 'talent', he claims that the scene was much better than he expected: "I thought English girls would speak with a funny accent and have bad teeth", he laughs. However, he remarks that the female population may not measure up to American standards, which he asserts are superseded by his native Bhutanese.

It is acknowledged however that even most Geography students are not aware of Bhutan's whereabouts. Landlocked between India and China, the small nation of 47,000 square km covered 70 per cent in forest relies on exporting hydro-electric power to live self-sufficiently, providing free health and education facilities without taxes on water, roadways or electricity. Becoming a feudal nation in 1907 with his father just the fourth king, Bhutan has been largely isolated from the outside world as those in power "did not want connections". However, this has arguably hindered Bhutan's development; are the majority content living without fast cars and DVD players?

"We follow Gross National Happiness, not Gross National Product", he says. A seemingly valid statement, given that a recent survey placed Italians bottom of the 'happiness league'. He claims that most of the land remains un-urbanised "because they want it that way", highlighting the tranquillity of mountainous regions. The nation is slowly experiencing westernisation however, with a recent rapid introduction of televisions, which he says is providing a challenge for the monarchy, who have strong policies for retaining the nation's culture and traditions.

Where the country does appear highly developed however is with language. Flawless himself (albeit with an American twist), Jigs says that from infancy everyone is taught all subjects in English, unanimously seen in Bhutan as the globe's universal language, in addition to learning their native dialect Dzongkha.

Until recently, he claims that Bhutan has been "very peaceful", with his father who became King aged just seventeen giving up power as an absolute monarchist to make the nation more democratic. Indeed, a BBC report of the King's thirty years of leadership last year highlighted how he was seen as a popular figure for "efforts to mingle with his people". He added that his father lives in a one-storey wooden cottage whilst similar figures dwell in sizeable palaces. His brother Jigme left Oxford last week having completed his MPhil in Politics at Magdalen College. Jigs says that he had "an awesome time", having made several close friends during his stay here.

Jigs would have surely had a similar experience, if not for a dramatic twist in events this week back home that have had to see him pack his bags prematurely. With a number of Indian regions such as Jalpaiguri in Western Bengal desiring independence, rebels have sought refuge in the southern regions of Bhutan. Seen as troublemakers by the Indian authorities and having a "gala time" in Bhutan having set up training camps in the forest to launch attacks on north east India, they appear unwilling to leave.

Having graduated from High School last summer, Jigs voluntarily signed up for the militia, initially not informing his parents, undertaking comprehensive training for two months. At the end of October the Bhutanese Home Minister was having final talks with militant leaders, and if there was failure to solve the problem peacefully Jigs knew that war was inevitable, and he would have to leave Oxford to fight those refusing to leave.

One week on and worse has come to worst, with the failure of bilateral talks in solving the crisis meaning that Jigs left university life on Tuesday to travel home to prepare for the prospect of war. Having been an integral member of the college in the last month, particularly active on the sports field, the news has left many of his peers dismayed.

"Regardless of who I am, I've taken an oath of allegiance" he says, without regret. "Though I was happy here in this amazing city, I know I've done the right thing".

Probably not an exclusive at all - the OxStu also covered this.

Originally published in The OxStu, quotes subsequently nicked by nationals across the world without any credit!