Hundreds from the esf, left GLAD

http://www.fse-esf.org/article785.html (fr), and joined local residents in starting to occupy a building to develop it for a social centre. 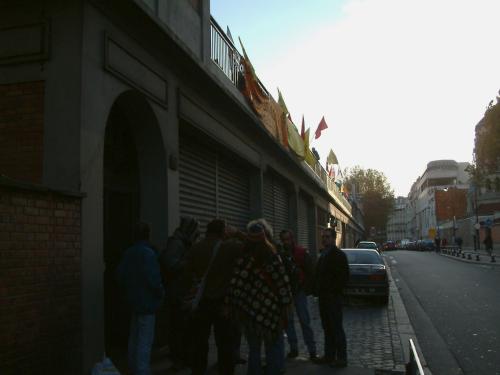 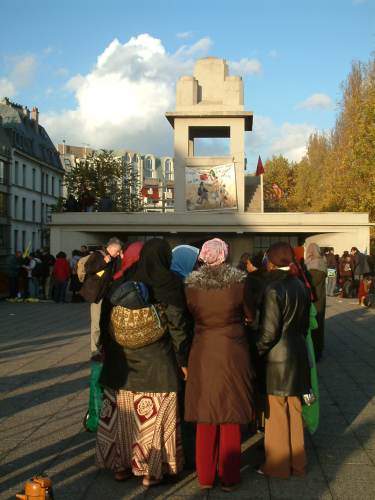 Terraced Area on top of the building 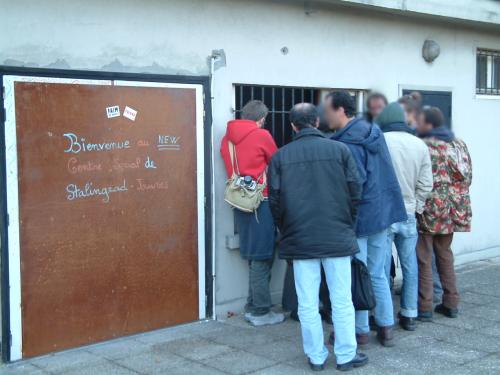 The new social centre for Stalingrad-Jaures (the area) 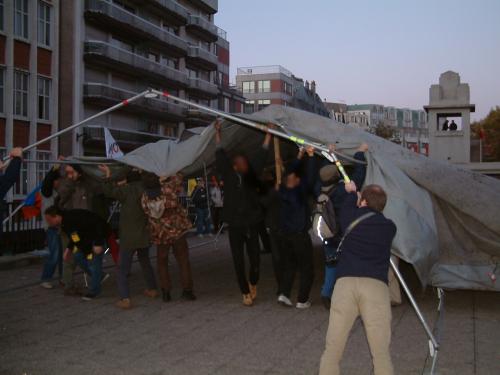 Putting up the tent for those staying the night

An unused building, previously used as a children, now stands unused. Taking from the Italian idea of building autonomous social centres hundreds of people from the locality as well as visitors from around europe occupied the city owned building. The social centres would act as a place for the sans. (sans, without - papers/homes/employment...)

The occupation forced city hall into negotiations. They are saying that the people will have to leave, as the building will be used for an artist - some suggest 'copinage'. The protestors have asked to share the space. So that the sans of rthe area have somewhere.

To keep a presence and highlight the issue a tent has been constructed on the terraced area on the top of the building. Others have been encouraged to come and take part.