Pictures from today's european social forum march which attracted anywhere between 100-200 00 people depending on who you believe. 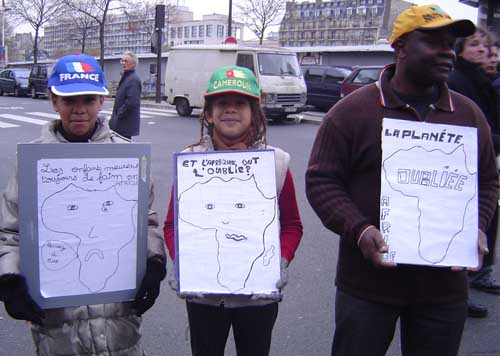 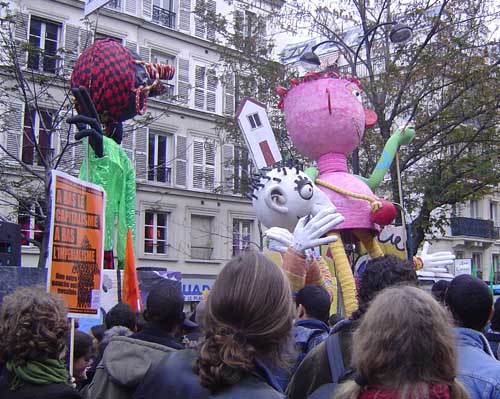 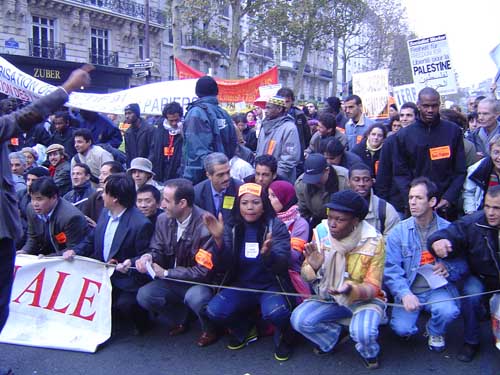 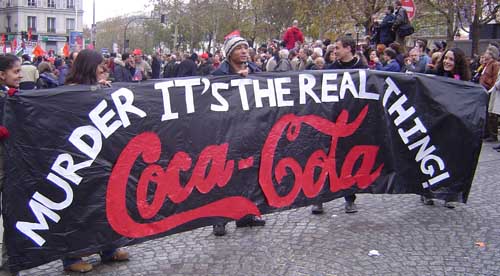 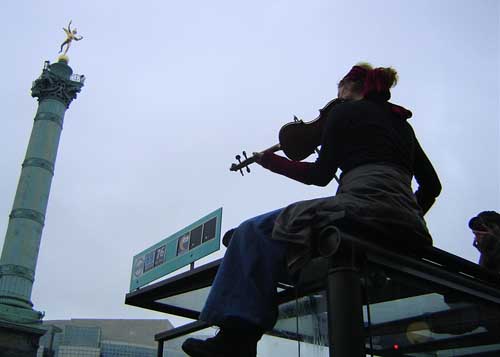 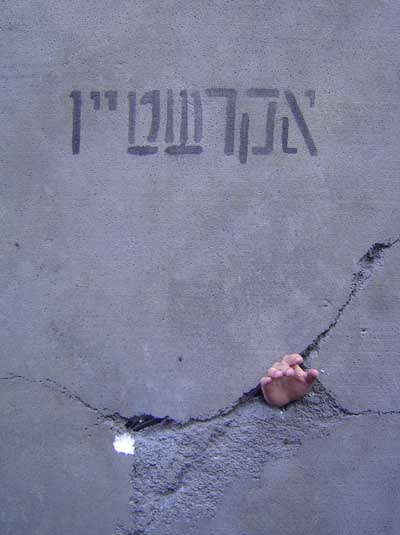 against the israli aparteid wall 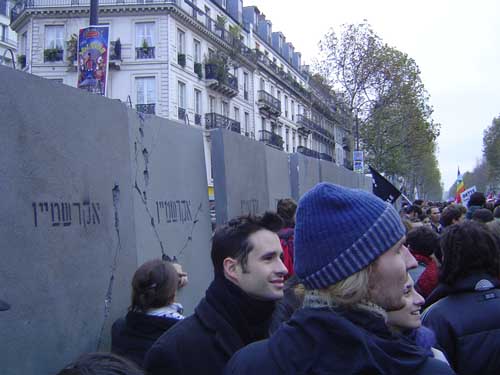 There were the usual walking corpses of the old left such at socialist worker and even the french socialist party (formerly in goverment and having imposed a stack of neo-liberal reforms). They need the around 20-30 heavies to guard their section of the march, perhaps in fear of attacks from other sections unhappy at their presence. They obviously know many people think they are not welcome, not so unfortunatly for some sections of the ESF organising committee. In anycase there was more radicality on the streets than you might expect and a fun and lively time was had by many, especially a bloc of aroun 4-500 marching around a massive and very impressive samba band,