Geroge W Bush had a quite unwelcome reception in Brixton tonight tuesday 18 Nov. Minutes after Air Force One landed in Heathrow, a public court case against the US president took place. The defendant - GW Bush - was found guilty of many counts and crimes against humanity, therefore the jugde ordered the toppling of his statue and a cellebration afterwards. Here there are some pics of the proceedings. 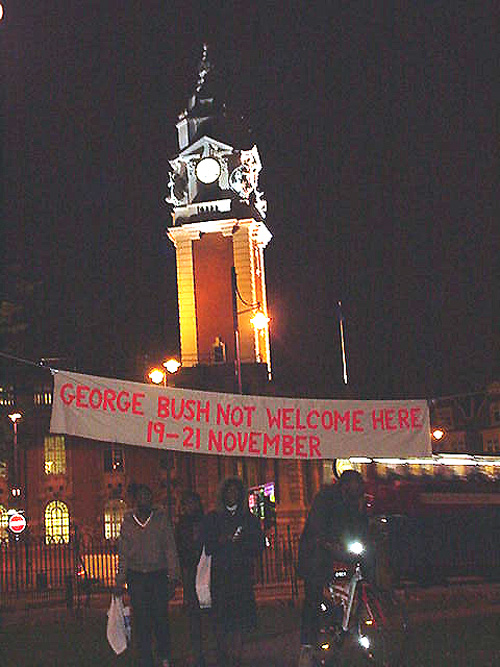 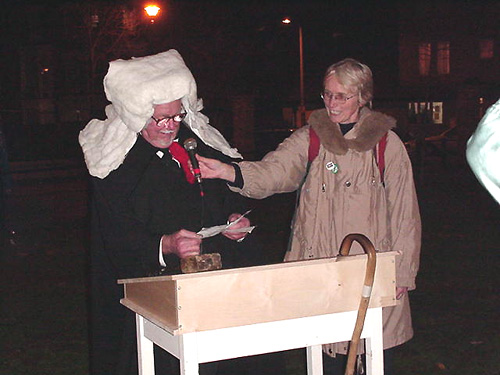 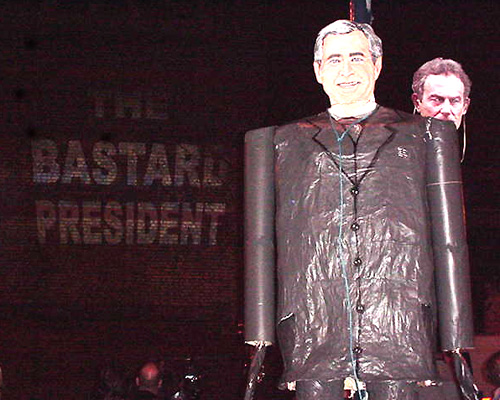 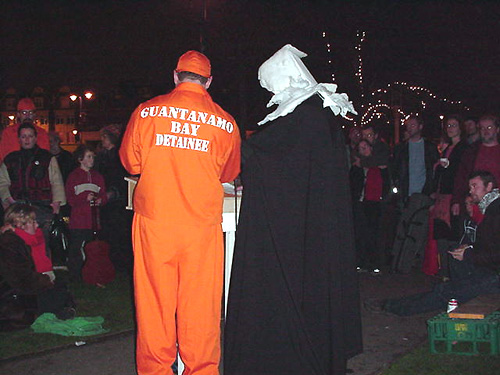 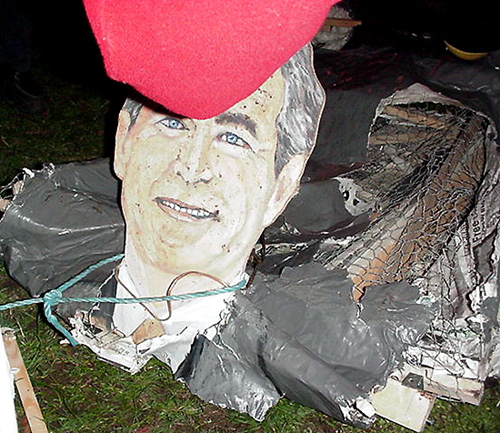 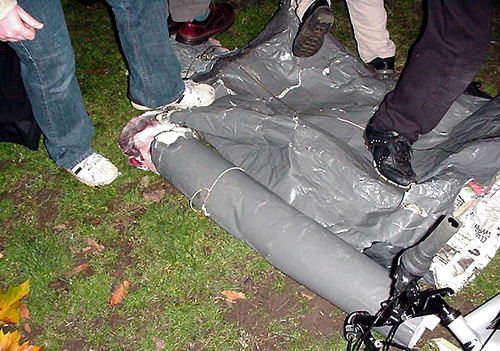 The remains of Bush's statue 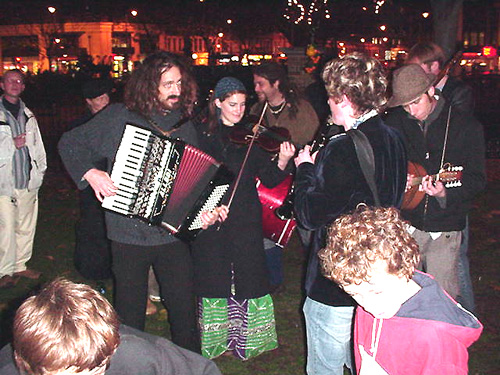 The court case took place in a square in central Brixton. Over 100 people gathered around a sound system and a mobile cafe. Meanwhile local poets and musicians performed whilst the statue of Bush was set up. As a backdrop there were several giant projections some of which read "bastard president" and "regime change", as well as images refering to the links between war and the control of oil resources.

A few minutes after Air force One landed in Heathrow, the proceedings of the public court case against the US president started. After several people presented their cases against Bush, the jugde asked the popular jury whether the defendant was guilty or not guilty of different counts. The crowd shouted guilty! to each of them, which ranged from his leading role in the 'global war on terrorism' and his crimes against humanity, the illegal detention of hundreds of people in Guantanamo Bay, his role in the destruction of the environment, and the US support of the Israeli administration in its crimes in Palestine. At this point the Judge imposed the sentence of toppling his statue and start a cellebration afterwards.

Btw great live band at the end of the evening, live eastern european gipsy tunes to cellebrate the fall of Babylon! :o)