pics of rhythms of resistance on first anti-bush demo 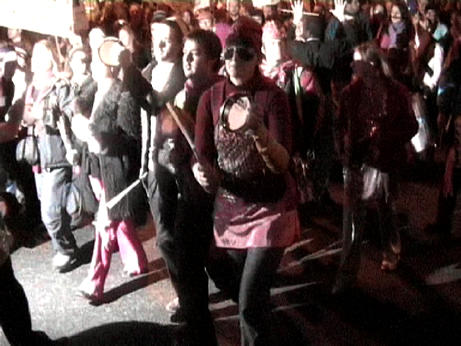 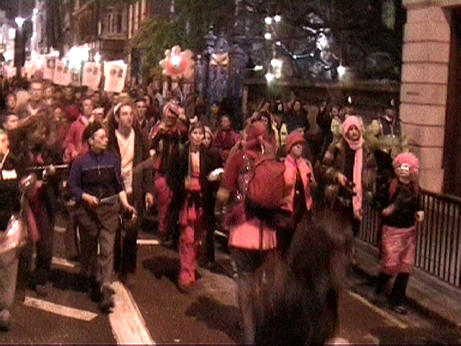 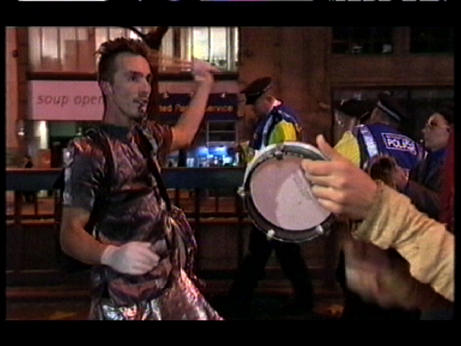 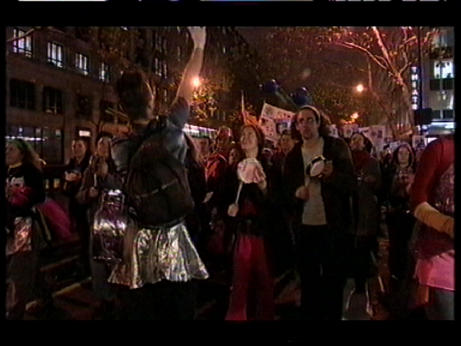 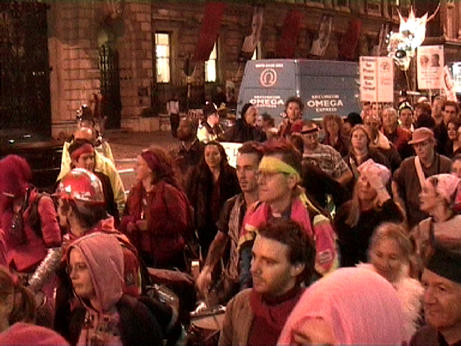 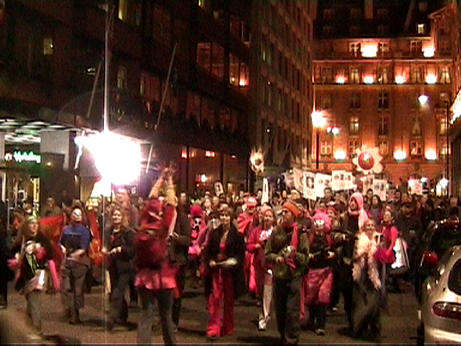 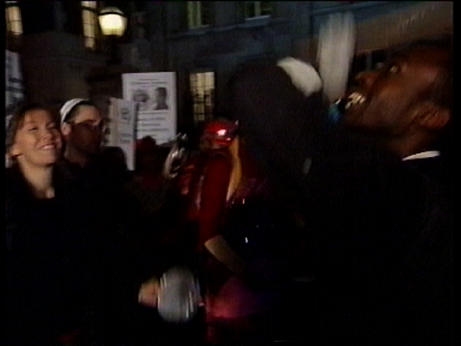 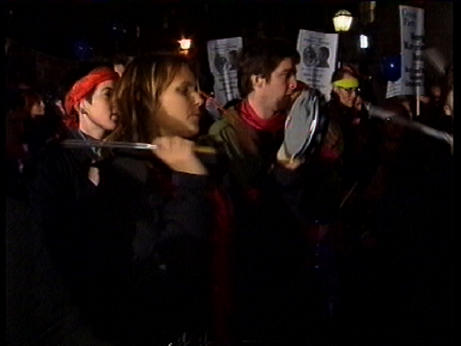 the campaign against climate change protest set off from lincolns inn at about seven and marched to the us embassy for a rally with various speakers including michael meacher.

about a thousand protestors including comedy activist mark thomas, the rinkydink sound system, a huge model of the world and the rhythms of resistance samba band marched down kingsway, past a heavily protected esso hq, along the strand up to picadilly and then on to the us embassy.

the protest was generally good natured although some police were pushing people on lower regents street.

the samba band was joined by sambaistas from barking batteria and the sheffield samba band, so a huge and rousing noise was made by more than twenty five players.

the protest made lead news items on the ten o clock broadcasts of both itv and bbc and some of the pics below were vidcaps from those.

rhythms of resistance will be seen on the streets again on all the days that bush is in town. watch out for them and come and be part of the conscious crowd.