Pictures taken on way to buck house and around it as the light was fading. 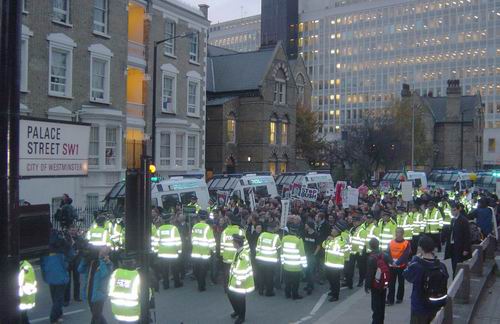 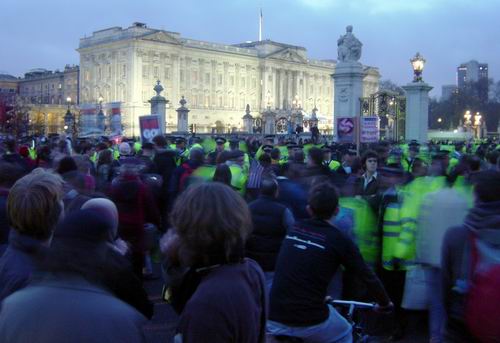 Noise protest outside the palace. 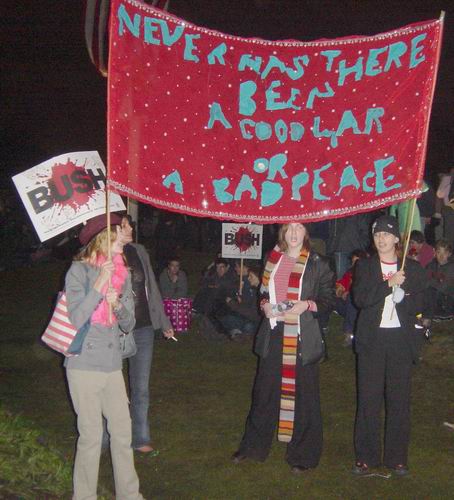 These were very fine singers 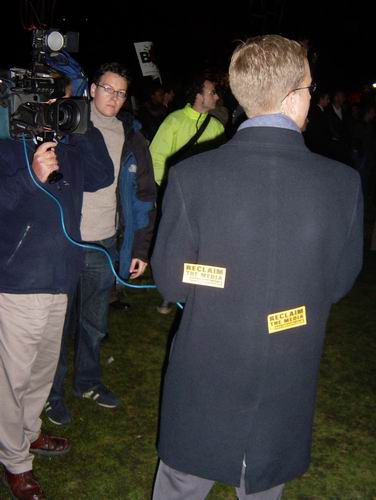 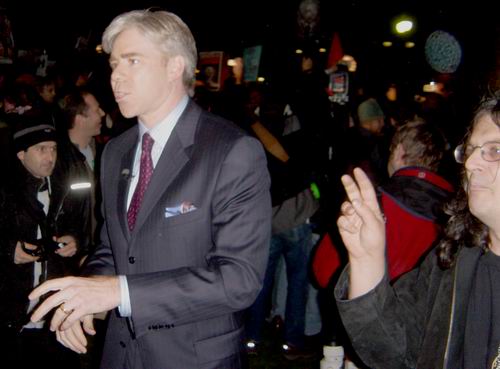 These were taken late Wednesday afternoon around Buckingham Palace as the light was fading. Cops would only allow people so close to the palace - the edge of St James Park but there was sufficient noise made to leave the occupants of the palace in no doubt as to just how unwelcome their state visitor was.

Indymedia left its mark on the mainstream journo in the black coat.

The silver haired suit was just so mainstream corporate American media and repeatedly kept trying to make a report in front of his TV camera crew but every time was completely drowned out by deafening shouts of "American media lies", "Bush murders children" and "Bush go home". Such a shame.