Shoppers and workers in Swindon town centre this lunchtime were slightly bemused to find George W Bush explaining his plans for global domination via a megaphone. A closer inspection revealed that he was actually a Swindon Stop the War Coalition activist in a rubber mask. 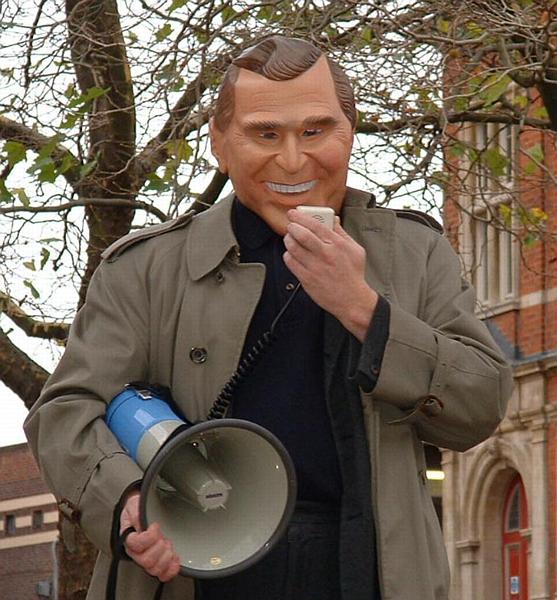 "How did my oil get under their sand?" 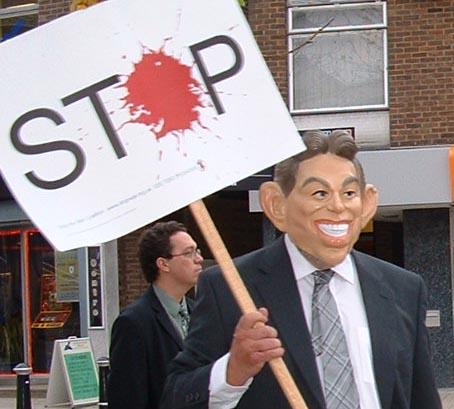 "Whatever you say George" 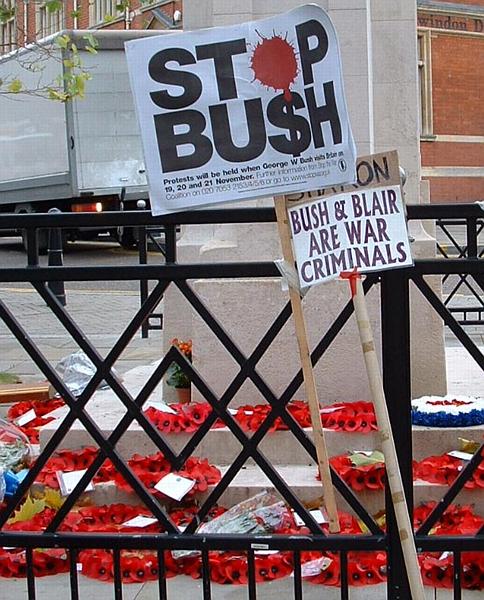 With the war memorial as a backdrop, still resplendent in poppies and wreaths in memory of all those who died in the two world wars to end all wars, a small group demonstrated their opposition to the visit of the Toxic Texan to our country.

As well as "Bush" and "Blair" greeting passers-by, there was some singing and playing of guitars, poetry, street theatre, speeches and skipping for peace (with a long improvised skipping rope).

A group of police numbering between two and five over the course of the protest kept an eye on proceedings from outside a nearby shop, but evidently they did not think any crimes were being committed.

After about an hour, the demonstrators packed up and dispersed in an orderly fashion to return to their jobs and lives, but they have promised to be back tomorrow evening for more of the same and a bit of statue toppling. All welcome.

Some coverage of today's protests in London from the Beeb:

http://news.bbc.co.uk/1/low/uk/3283657.stm
A report from the Beeb's embedded journalist in Buckingham Palace:

Good luck to everyone who's going to London tomorrow, look after each other and watch out for the 'anti-terrorism' security measures.