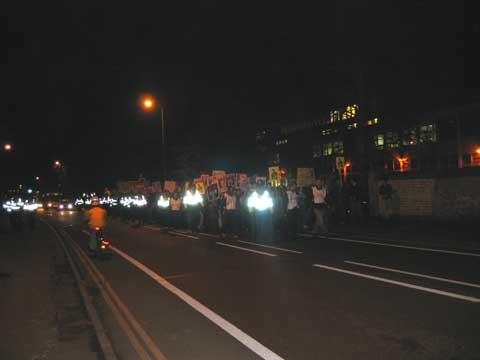 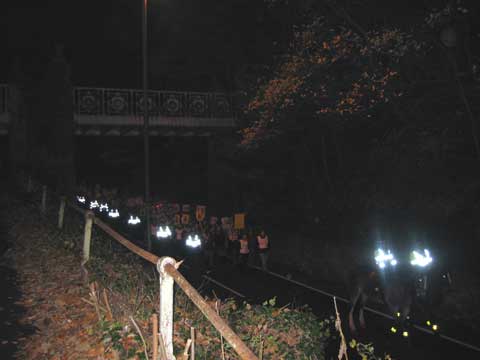 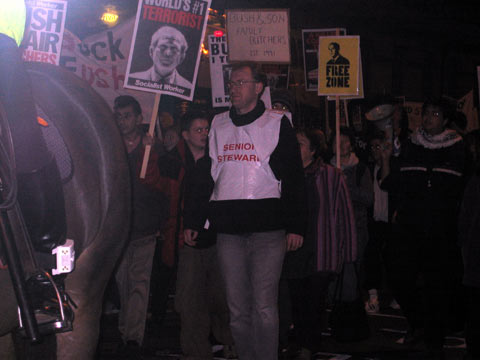 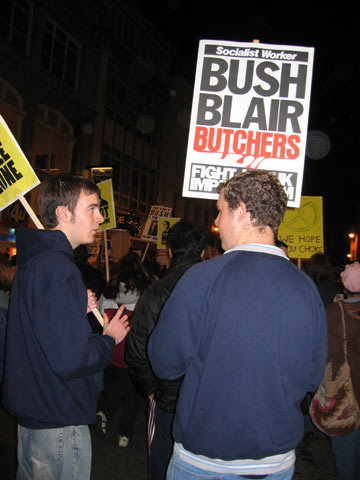 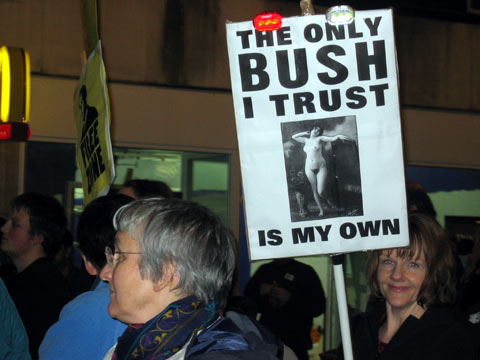 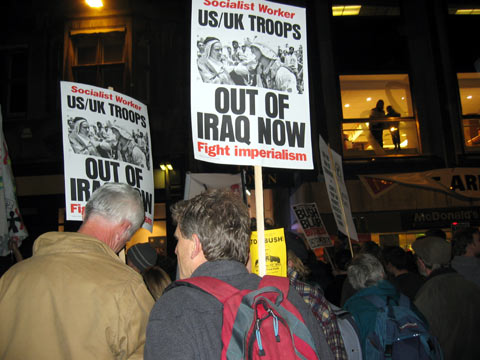 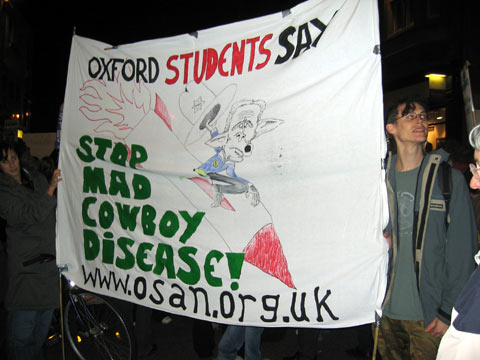 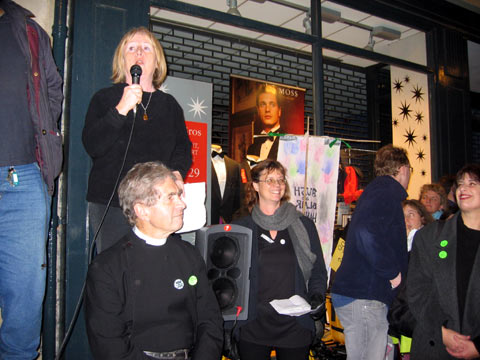 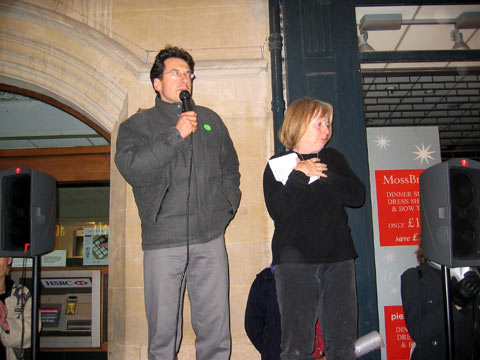 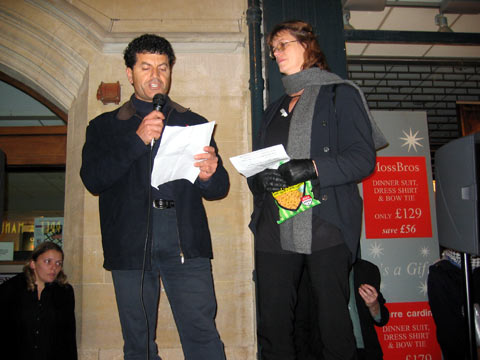 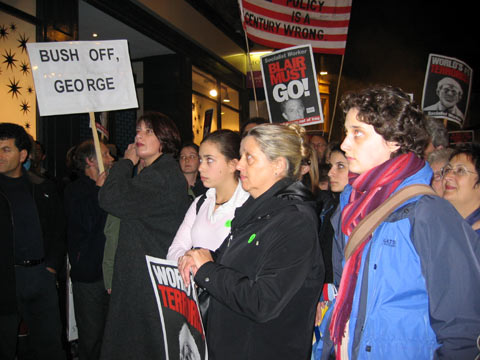 Around 1500 people turned out in Oxford on Wednesday to protest against George Bush's visit to Britain. 200 protestors left Brookes University at 5.00pm to march to the city centre. As they descended Headington Hill in the dark, accompanied by police horses and outriders with strobing blue lights, they seemed almost outnumbered by the policemen walking alongside them. However, on reaching The Plain they found a large, enthusiastic and noisy group of friends, some dancing to the sounds of Oxford's new Radical Samba Band. Chanting anti-Bush slogans and waving banners, everyone marched to Cornmarket where there was a rally and speeches. George Monbiot gave an inspiring address, and we also heard from about six other speakers. This was an encouraging turnout for the organizers, and bodes well for the London march tomorrow (20 November)