300 people march through York in the rain to protest about the visit of killer Bush. A statue of Bush, cash in hand, with Blair aside, is toppled. 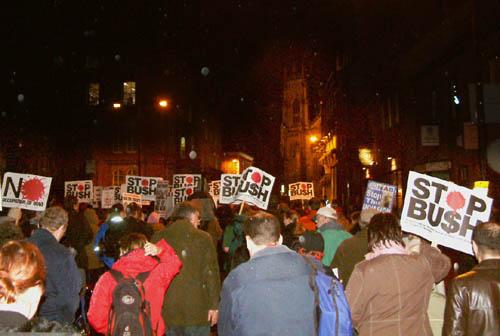 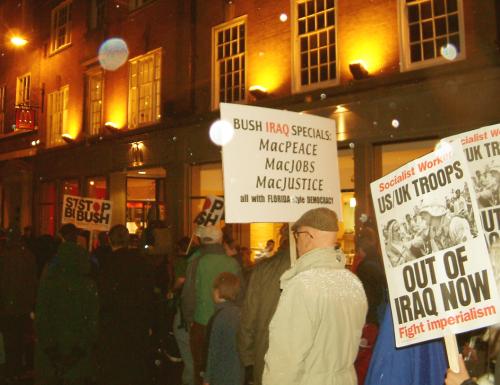 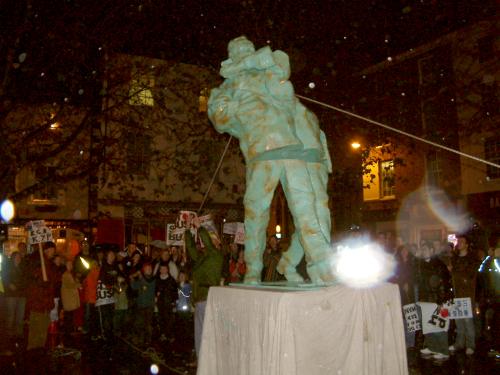 Bush and Blair toppled in York

Despite the rain, 300 people came to protest because of the visit it of George Bush to Britain. The protest organised by York Against the War, saw a short march through the centre of town, followed by some speakers.

Maurice Vassey, indited Bush for violations of international laws covering conduct in war, and between states.

As the rain really started to pour down, protestor's stayed to watch a statue of Bush and Blair being toppled. Depiciting Bush with his blood money in hand, the statue was pulled over by some of the younger members of the demonstration.