Pictures of the anti-Bush visit demo in Edinburgh Nov.19th 2003 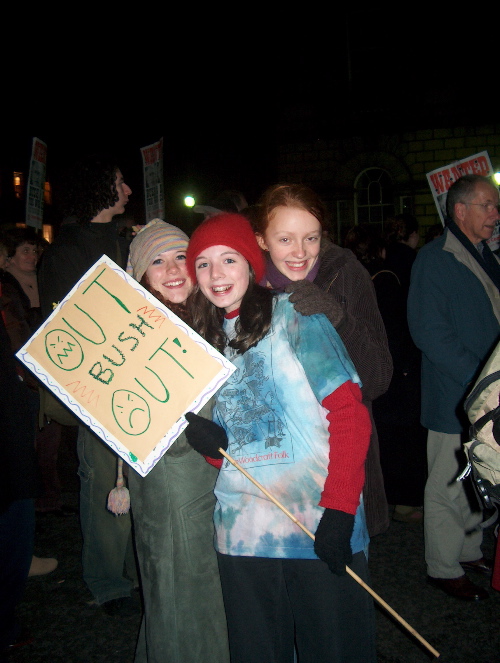 Around 5000 people took to the streets of Edinburgh in the biggest demo since the war "ended". There were similar large protests in Glasgow and around Britain. Around a thousand people boarded coaches for London to join the protests there.

Pictures of the Demo: