Anti-war activists in Swindon who were unable to join the national demonstration in London against the Bush visit held their own protest in the town centre this evening. 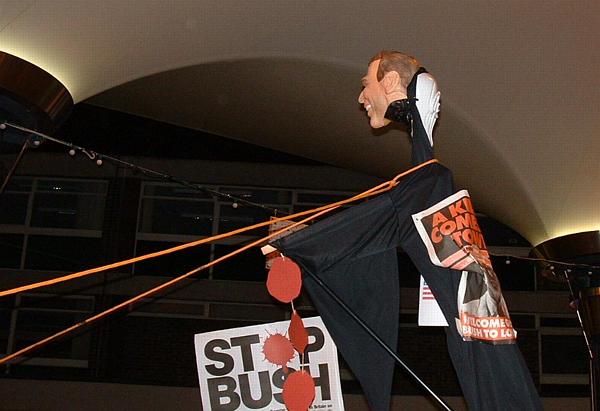 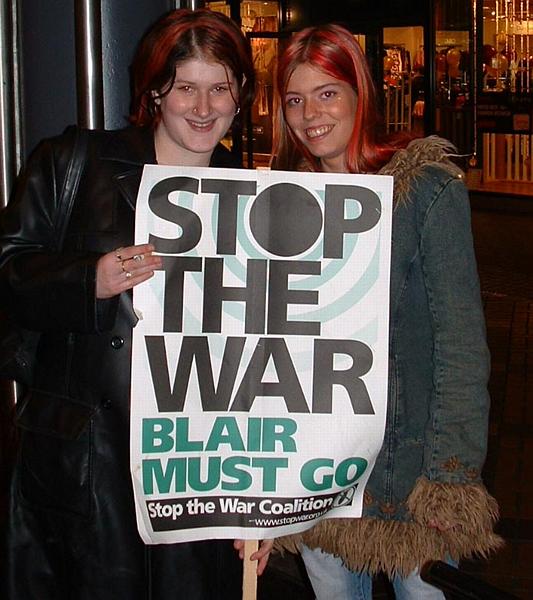 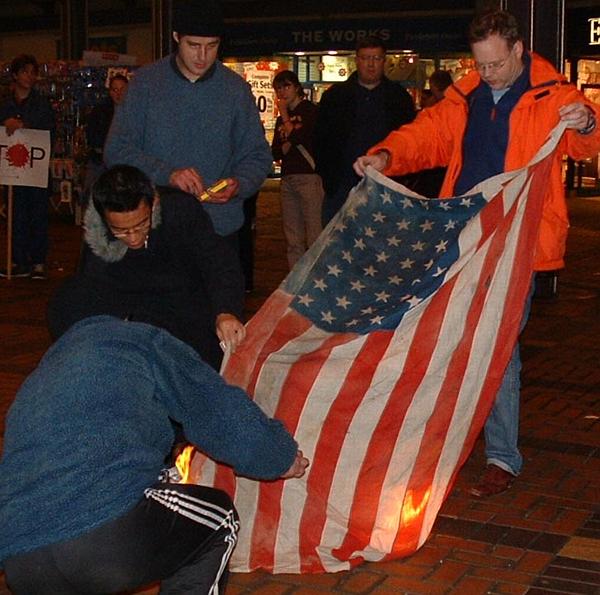 no shortage of people to help get the flag burning 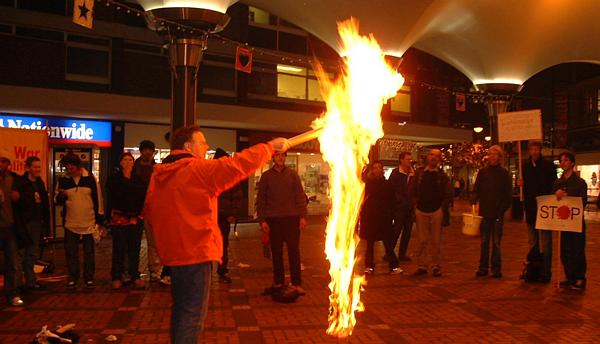 my, this flag burns well

Anti-war activists in Swindon who were unable to join the national demonstration in London against the Bush visit held their own protest in the town centre.

As well as the protest songs, poetry and another round of skipping for peace, a makeshift statue of the Toxic Texan was pulled down in a spoof re-run of the statue toppling media show held in Baghdad earlier this year. An American flag was burned, and despite the reservations of some activists this did not appear to offend anyone, and there was no shortage of people offering to help light it.

The local police, who had been notably absent up to this point, suddenly appeared and were rather annoyed that the event had not been cleared with them first. No arrests were made, although they noted the name of one of the key participants. Your humble photo-journalist attempted to capture the encounter on film, but was instructed to switch the camera off by another policeman who stated that it was illegal to film an officer of the law without their permission. (Can any legal eagles confirm or deny this please?)