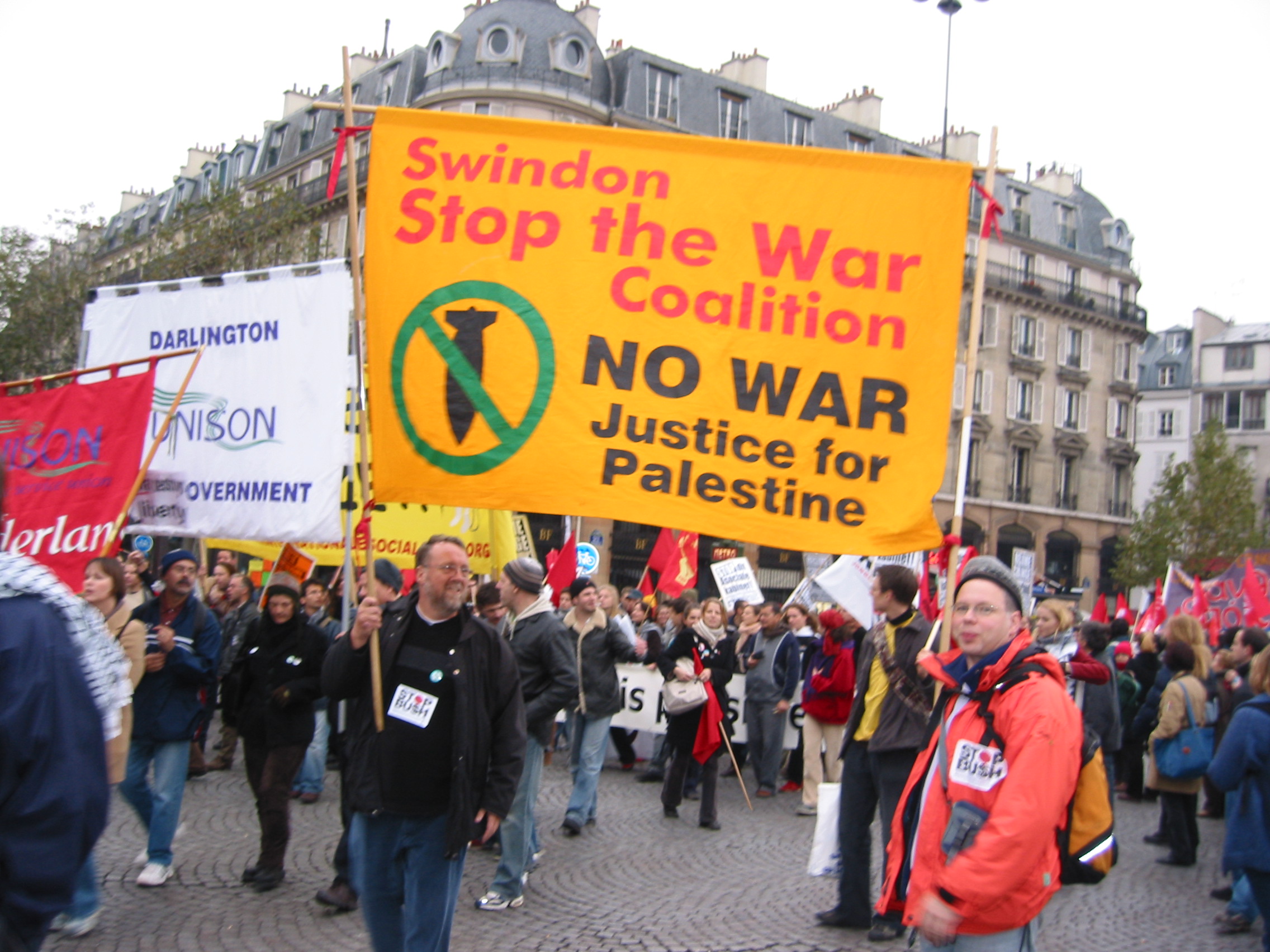 Swindon banner on the march

We took the banner of the Swindon Stop the War Coalition to Paris so that people from all over Europe could see that there is opposition in Swindon to the war in Iraq.
This was the first time that the anti-war movement in Swindon sent a formal delegation abroad and we hope that these links will increase international understanding. We are a bit mad, because we travelled to Paris and back in one day, and didn't get any sleep! However, we do think it is important to do everything we can to end the occupation of Iraq as soon as possible, so we don’t mind a little discomfort.
“The clear message from the demonstration was that George Bush is not welcome in Europe”, said Andy Newman, secretary of Swindon Stop the war Coalition. “We went because the campaign against the war is an international one and we needs to build friendships between peoples of different countries. A lot of people came to talk to us because they had never heard of Swindon and wanted to know about us”
Roy North, a warehouse manager from Pinehurst said: “I found it inspirational that there were so many thousands of young people, they are the hope for the future. I came back even more determined that we have to make George Bush feel very unwelcome in Britain”.
Joanne Clothier, a Carecentre worker from Brinkworth, said: “I was surprised it was so big, thousands and thousands of people just kept arriving. It was amazing that there were huge numbers from different countries, like Greece, Poland and even from outside Europe like Columbia. We were all united against war.”