Demo and action in support of the Thessaloniki 7. 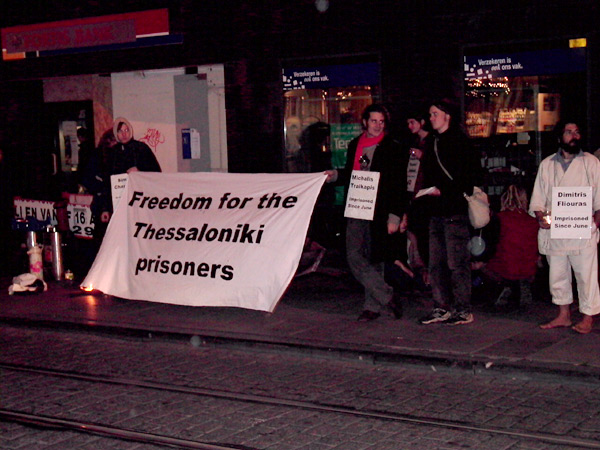 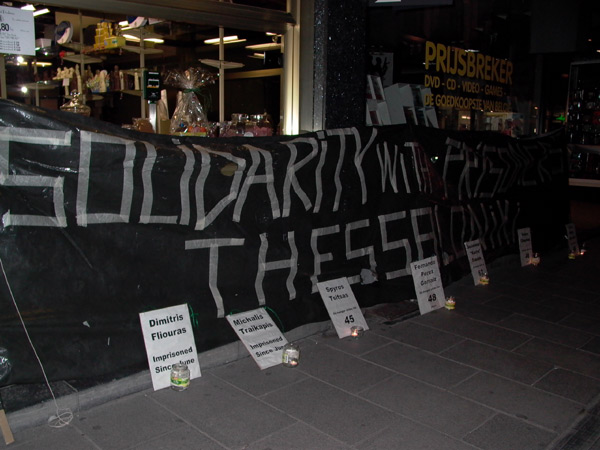 On 21st November about 35 people demonstrated outside the Greek Consulate's office in Gent. The consulate claimed not to know anything about the case, but said he'd contact the ambassador in Brussels.

On 24th November the Consulate's office in Brussels was occupied for about half an hour (until the police carried everyone out) while others demonstrated outside. Nobody was arrested but the police stole the banners and placards.

The pictures show the demo on Friday. Photos from Monday will be online soon.