Day Care Centre For The Vunerable Is Closed Despite Protest

“BATH & North East Somerset Council is improving the way it provides day care services. “ That’s what it says on their website so it must be true. How are they doing this? By closing one of the most popular and well used drop in centres for the vulnerable. 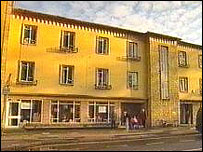 I guess it was inevitable. The so-called experts at Bath Council had claimed that they were in consultation but we all know that the decision had been made already. On Tuesday the axe fell. A day centre in Bath that provides care for nearly 80 adults with varying disabilities will be closed by March. Many of the people who attend the centre are some of the most disadvantaged and vulnerable in society, have physical and or learning difficulties and simply need somewhere to go during the day to provide some structure to their lives, for companionship and perhaps a meal (for which they have to pay).

Its location in the heart of the city has attracted a diversity of special interest groups, ranging from Arabic dance classes to the Bath branch of Diabetes UK. There are outings, holidays, women's groups and most importantly "drop-ins" where those living in the community can relax, be informed, supported, support each other, be monitored as to their health and social welfare and loved by those who care. Jack Beever a user of the centre stated “With the demise of The Bath District Schizophrenia Group no one appears to speak for those with Mental Health Problems in Bath. What future is there with no champions? In a city where more and more people with mental health problems congregate on our streets, a society in which depression is common and mental health problems induced by drugs is rife, can we really believe that these people have been forgotten?”

He’s not the only one – I haven’t been able to find one person who’s in favour of closing down the centre. Richard Harris another user added; “At Green Park I enjoy many craft activities and have also made some really good friends. The recommendation to close the centre has reduced people to tears and caused a lot of distress. We are like a family and, although the council wants to provide alternative facilities, we will be split up. This is heart-breaking."

It’s a disgusting decision. There is no justification or excuse otherwise. 80 of the most vulnerable people in Bath are to be turfed out of a day centre that has been in existence for over 40 years. It’s a great old building, across the road from a beautiful big Park, down the road from the local FE college and a stones throw from the centre of town. It was purpose-built in the 1960s and, as far as I know, is the only one of its kind within Bath. Some of the people that I grew up with who have learning difficulties use this centre – and I’m not kidding when I say that NOBODY wants to see this well used resource closed but as of March next year it will be.

Janice Frankcom, whose son, Stuart, 35, has been attending the centre since 1989, is campaigning for it to stay open. "Stuart has suffered with arthritis in his hip since childhood and never used to have any confidence - he never even used to speak to people," she said; "If it had not been for Green Park, he would have become a hermit and just sat around the house all day. "But the day centre has really built up his confidence and now he is even chair of the clients' committee, and I am really proud of his achievements. Lately, whenever I speak to Stuart on the telephone, all he tells me is how upset he would be if Green Park went."

And lets not beat about the bush here. We all know why its being closed. Money Money Money. The Council are claiming that they will save a measly £60,000 a year from its closure but that’s not the answer. Could it be that this day care centre is prime redevelopment property? How much money will the Council make from selling this on? Will this money be put back into social services? Or will the day care centre be redeveloped & turned into Luxury yuppie flats ? We all know the answer…

One excuse that the council are using to close it is that the buildings fabric is not adequate any more. Where in fact the day centre building has been adequate to the users for more than 40 years. They and their carers have not complained that it has become inadequate: in spite of the fact that there seems not to have been a comprehensive maintenance programme for the building over many years and therefore the fabric of the building has been allowed to run down and is in poor repair.

It needs a Lawrence Llewelyn Bowen makeover for sure – to the tune of £250,000 to be precise. Hardly an excuse to close it down now is it? In other words, the council has run it down to make an excuse for closing it. Hmmm and that’s a drop in the ocean when you compare that cost with the money that’s being thrown at the legendary Spa Development – this monumental white elephant is being propped up by council taxpayers to the tune of £100,000 per week. Its two years late on completion and £15 million over budget. Bingo, I think I see a solution…

The cynical approach from Bath Council is beyond belief. Who’s making this decision? Step forward Cllr Francine Haeberling (conservative), executive member for social services. Her use of doublespeak wouldn’t seem out of place in an Orwell novel. She claims that the closure “is part of a wider scheme to improve day care services in the area.” And that it would be “promoting greater integration with the rest of society”. And where will the centres users go Francine? In an interview to the Bath Chronic recently her final solution was; “Many of the day centre users have had assessments to work out their care needs and some will be going to use the Carrswood Centre at Twerton. Others will be able to use a drop-in facility run by the Salvation Army, and some will move to college, employment schemes or voluntary work “ So that’s it huh? I should add here that the Carrswood Centre in Twerton hasn’t even finished being built yet (Sept’04 so they say) and only has around 25 places free. Or the Sally Army? Er-herm, when has the council started to rely on the Salvation Army for care? I guess that option must only be for Christians. Or to get a job? Nice one Francine. Of course being a true blue she’s quick to wash her lily-white hands of the blame on to Neo-Labours call to overhaul the day services. Of course the buck doesn’t stop with her. Nah don’t be daft.

To say that these people would be cared for in the community is nonsense. Most people are aware that 'care in the community' was always an easy way to save money. If this method were practiced efficiently, it would be more costly than maintaining homes and mental hospitals. There are similarities with what’s recently been going on in the Devon ward closure at Blackberry Hill Hospital or the Day Nursey on Ashley Rd.. ( see older features ) At a recent meeting at the day centre the Press were even barred from reporting. One user in the centre remarked; “The meeting was to discuss the future of GPC. I think I missed the plot, as most of the answers from the top table were trying to explain what procedures would replace those now available at GPC, when it closed.” So there you have it. A sham consultation followed by a decision nobody wants. Shameful. Another user Stuart Frankcom of the centre hit the nail on the head when he stated;” "There is nowhere for us. I have not really thought about what will happen next. It is a bit depressing. Actually, it is a lot depressing. They say the changes are for the better, but I do not believe that when we are all being split up from each other. Friendship is important. I shall miss them. I suppose there will be the odd one I will keep in touch with but I do not know if I will see them all again.”

There is now a five day window where this decision can be over turned – but it can only be done by 10 councillors. So don’t hold your breath. Some councillors have been approached and have said they did not agree with the closure. However, when they are on executive ground they vote the opposite, because they have a duty to the council board. In other words, they say what each side wants to hear and have no real allegiance to their constituents. Charming.