Since its launch twelve years ago, Buy Nothing Day has grown into a worldwide celebration of consumer awareness and simple living. Observed about a month before Christmas, the West's busiest shopping period of the year, the campaign has sparked debate and raised awareness of our consumerist culture.

As part of international day of action 'Buy Nothing Day', actions took place in various places in the uk and other parts of the world: 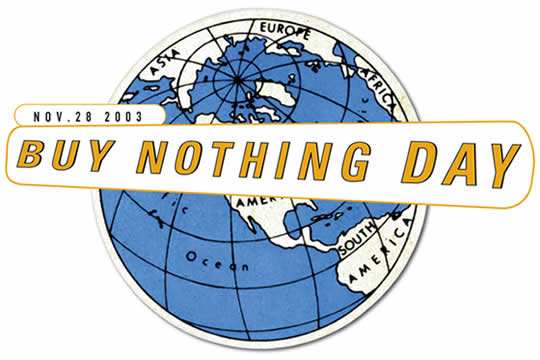