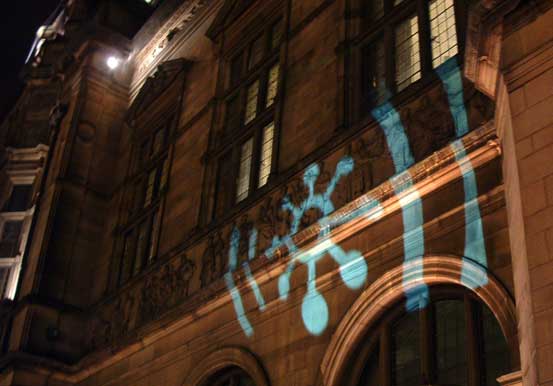 'we seize!' logo on the town hall 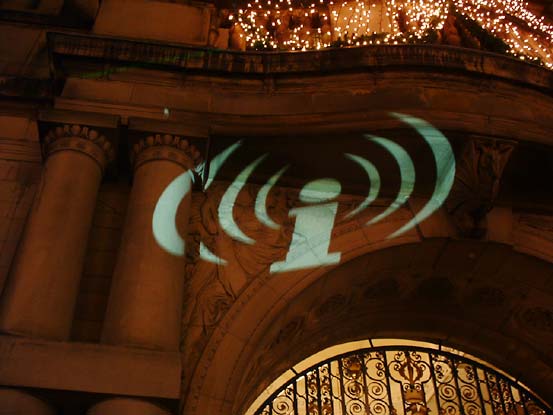 indymedia logo on the town hall

At 1700GMT a unit of highly trained media guerillas, armed with a digital projector, car battery, voltage inverter and laptop projected the Indymedia and 'We Seize!' logos onto the Town Hall and The Gap outlet conveniently situated opposite.

http://www.wsis.org/) were handed out to passers-by and workers returning home after a hard day in the office.

http://www.dynebolic.org/) were also given away along with copies of TheOpenCD (

After about 20 minutes of the action two agents of state suppression, posing as 'City Centre Ambassadors', attempted to intimidate the brave protestors but were given short shrift and they backed away - hah!

The digital bandits continued their action until the cold got the better of them when they retired to a media party with free booze and warming bowls of bangers and mash.

the leaflet distributed on the day is available at: