The WE SEIZE! Polimedia Lab which was planned as a temporary media and communications laboratory in Geneva was closed by police this morning. 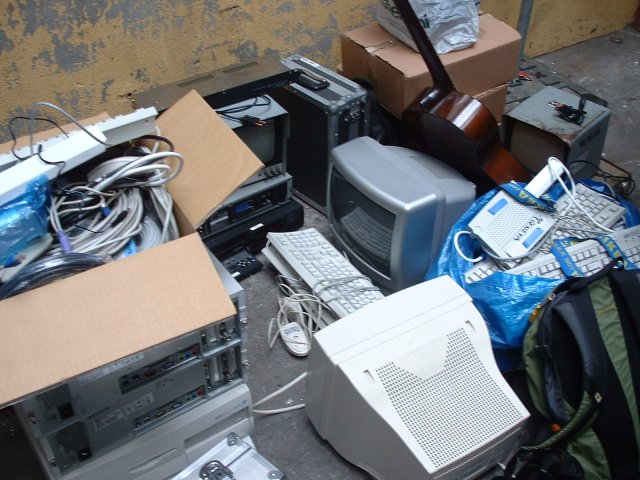 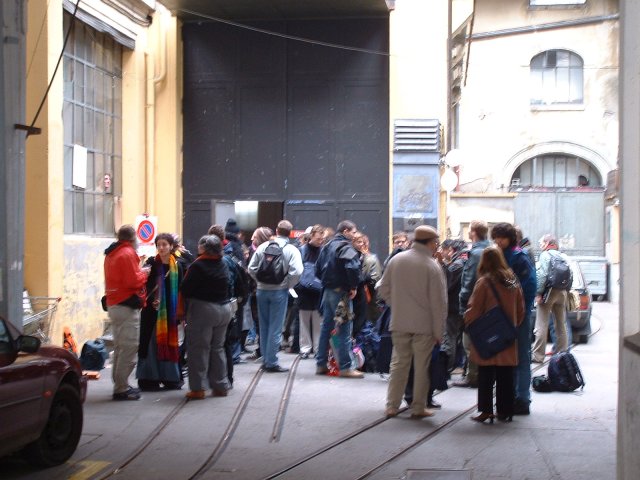 Crowd outside the Polymedia Lab 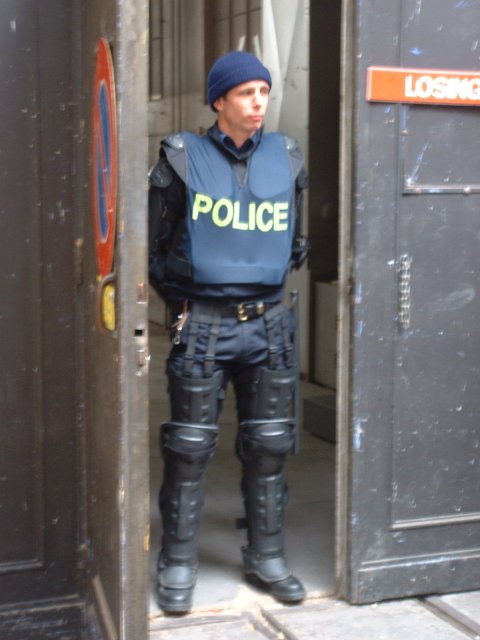 Some photos from the polymedia lab that was shut by police this morning.

The lab was organised by the Geneva03 collective

http://geneva03.net/ and there is more info on the Hub Project web site:

The police action today has delayed the STRATEGIC CONFERENCE

The conference will also be run via irc, #sconf on irc.indymedia.org and it is being logged:

Following is a repost from the Hub Project site:

Before it even begins, the parallel Media Workshop event to the WSIS is in danger of being shut down. The PolyMediaLab event is intended as an opportunity to learn and share technical and theoretical skills promoting independent media production.

Around 10 am this morning, participants in the PolyMediaLab event of the WSIS? WE SEIZE! assembly received an unpleasant suprise. The owner of the building that they believed they had been given legal permission to use arrived on the premises and demanded immediate evacuation under threat of police intervention. According to the owner, he was not informed that this event was taking place. The participants explained that they had in fact been provided with a key, and had obtained a verbal agreement to occupy the space, and refused to leave. Apparently, the permission was granted and the key provided by the tenant of the building, who was unaware that he had no legal right to do so. The tenant has now also requested the PolyMedia Lab to evacuate.
Subsequently, ten members of the Geneva police force arrived, outfitted in riot gear, demanding identification papers from all participants. At this time, the approximately fifteen participants inside the location have been informed that they will not be permitted to leave unless they bring all of their equipment with them. The locks of the building are currently being replaced, and no re-entry will be allowed.

Participants are currently in discussion as to what action should be taken, and are seeking legal advie. As of now, information indicates that, as the entry was presumed legal and not forced, the PolyMediaLab cannot be forcibly evicted. However, if they leave the premises, they will not be allowed to re-enter. The police will remain in the building until everything has been evactuated.

Several other WSIS? WE SEIZE! participants, who were present to attend the S-Conf open conference event have now assembled outside of the occupied building to contribute to the decision on what action should be taken. Essentially, WSIS? WE SEIZE! will take the most appropriate measures available to ensure that the Lab can continue as planned. Legal counsel is being consulted on the implications of an official political occupation.
"We are discussing what the best course of action will be", explains one of the participants inside the building. "We are only a few people here, and the decision of what to do next should be made collectively and representatively."