Madness & the end of the world

The lives that we lead are making us crazy; know what I mean? 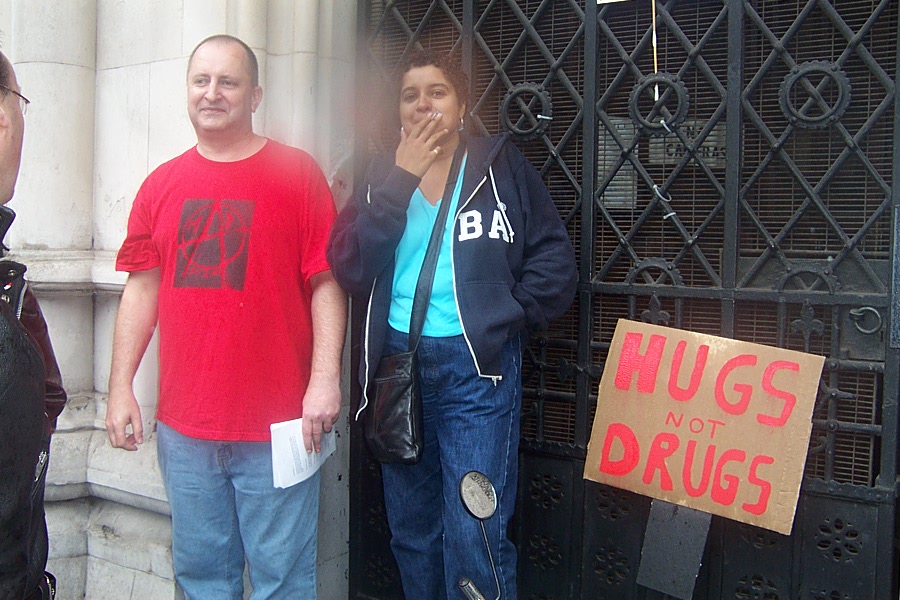 As far back as I care to remember, my own personal definition of that thing we call ‘madness’ has been that of “a sane reaction to an insane world”; and here at Mad Pride, we tend to favour the social model of Mental Health and its discontents as being the dominant one. That of a psycho-corporeal sense of Toxic Shock to consumer-capitalism and the death and destruction that it wreaks upon the world and the rest of us what lives here. Ahem. Ya get me? In his book, ‘Art, class & cleavage’, Mad Pride activist Mad Benny Watson talks about how consumer capital’s division of art, science and other things into distinct disciplines with no possibility of overlap leads us to develop separate sections to our consciousness which inevitably come into conflict with each other, leading to breakdown; that is to say, we live in a schizophrenic society – this is the “cleavage’’. At least I think that’s what he was on about. Now that’s all very well, but what can we as Mental Health activists do about it, other than running soup kitchens and advocacy projects within Mind (for example), and picketing psychiatrists conventions and otherwise ostensibly propping up this system through our care work?

My first girlfriend once told me that I just felt too much. This was shortly before she also told me that the child that she was carrying was none of my business, and then skipped town with a close friend.

I just read this book. Know what I mean? It’s called ‘the culture of make believe’, Derrick Jensen, and it’s quite a long one. He begins by detailing a few of the parts of the history of American slavery & colonisation, quoting some of the defences of them, and goes on to express the view that the problem isn’t simply slavery, or imperialism, or capitalism, but the very notion of private property itself. His computer was put together by some poor woman in Thailand who will probably get a cancer as a result of the job that she’s ‘lucky’ to have, and he feels complicit in this. Hardly any indigenous cultures had the notion of private property, or total war, or the ownership of land: they didn’t own the land, they belonged to it. And because they felt that they were a part of nature they worked with it, and were happy with that. But European colonial culture is something that is in love with death, driven by an impotent hatred, and all of our social institutions are designed to mask this. When somebody sees through the inevitable cracks in this, the result is confusion and feelings of madness. But this is temporary, he asserts, and merely the growing pains of adjusting from a perceived reality into something else:


“The primary point is this – now I understand that the dissonance I felt for so long is a natural step in rejecting one’s socialisation. It is not possible… to move from one way of perceiving the world to another without a transition of confusion, loss, even hopelessness. Had I known this earlier – had I an understanding of how transitions occur – my period of questioning my sanity may have been shorter, my desperation less deep.”

Those who attempt to stand against this for a little while in our lives are invariably both labelled and perceived as having an inability to live in the real world, and are frequently advised to grow up and get with the program, among other such vacuous platitudes. But a more careful examination of child psychology might serve to reveal that it’s the established western way of doing things that is essentially infantile: seriously believing at the core of our value system that we can just take whatever we want, usually now, that we can have everything – even all things simultaneously – and there will never be any consequences to this:

“Imagine a small child always used to getting his own way. Recall the shrieks you may have heard when such a spoiled child – somebody else’s kid, of course – has a whim thwarted. He deserves the candy he sees at eye level in the grocery store, or his mother is an ogre. He needs the toy his little sister happens to be playing with, and if he doesn’t get it, she’ll pay. Always he must be right, always he must be the centre of attention, the centre of the universe. But even being the centre of the universe can never be enough. In a finite world – especially one inhabited by other beings with needs, concerns, desires, and destinies all their own – to want everything is to bring on disappointment. And because being the centre of the universe implies infallibility – if you are the standard, you must be right, except in those rare cases you deign to acknowledge some slight transgression… this disappointment can never occur through any fault of your own. And further, because you are the centre of the universe, the disappointment could never be the universe’s fault (which would imply it was your fault), nor can it be bad luck. It must be someone else’s fault. When anything goes wrong – when you receive less than everything that exists, or even that much but not more – it’s because someone is stopping you.”

Now, I’m not seriously suggesting that all Mental Health issues derive from consumer capitalism, production, and private property. Neither am I saying that there is no Medical Model; and I love my computer too, and my bicycle. But it ought to be obvious that the lives that people lead are driving them crazy and that we are on a roller coaster ride to oblivion, simply from a step back and a brief objective analysis of the salient facts. I know that objectivity can be a hard business from the inside of any situation, let alone the fate of the planet, Janet, but just ye think about the costs, brother. Know what I mean?