On 15th December 2003 a District Judge in Weymouth, Dorset found four anti-GM activists guilty of aggravated trespass for attaching themselves to tractors. The activists were attempting to prevent the sowing of a trial of GM maize near Weymouth in May 2002.

This marks the end of a drawn-out and contradictory legal process which saw all four activists cleared of aggravated trespass by the same District Judge in March 2003. The Crown Prosectution Service (CPS) appealed and had the verdict overturned by two High Court Judges who ordered a retrial, with instructions that the defendants should be found guilty. The four now face prison for refusal to pay the punitive costs. 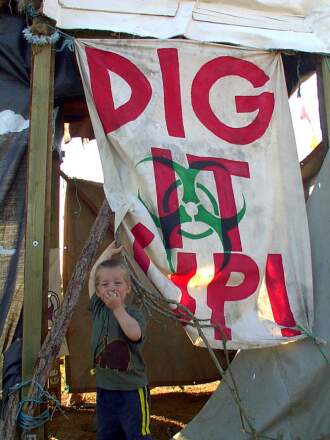