call for actions and more...

From the 21 of January to the 25 of January the WEF, a meeting of the richest multinational corporations and government bureaucrats more than 2.000 (mostly european) "global leaders" from politics, media and economics are meeting in Davos ski resort, Switzerland. 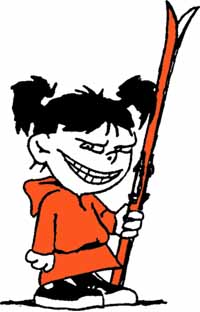 From the 21 January to 25 January the WEF (World Economic Forum), a meeting of the richest multinational corporations and government bureaucrats more than 2.000 (mostly european) "global leaders" from politics, media and economics are meeting in Davos ski resort, Switzerland.

They discuss in a "private setting" ways of making oppression and exploitation more efficient and more profitable. The WEF, which claims its mission is to help "eradicate poverty, promote security and enhance cultural understanding", is more often that not seen to represent the interests of multinational corporations.

It's members include Microsoft, Coca Cola, Nestlé, Shell and hundreds more. For 31 years the annual meeting of the WEF has taken place in Davos, except in 2002 when the WEF went to New York City. This year again the WEF comes back to Davos for its annual meeting.

The WEF summit in Davos is another attempt to minimise social and political rights in favour of the benefit of the owners of capital. The last summits have shown that a critical public isn't welcome, neither inside nor outside the conference buildings. Due to the past years mobilisation in Davos, the Swiss authorities had supposedly authorised the demonstration in Davos on the 25th of January 2003, but in reality they did everything possible to deny access to demonstrators. Only half of the crowd accessed Davos. The others were victims of heavy repression, as in 2001 when the demonstration was forbidden, and all who protested against the meetings with their voice and their presence were confronted with massive repression on the part of the police.

The state authorities protect the bosses and the politicians with every method available (legal but also illegal) and try to suppress every single critic. 2004 will surely be the same. But we are going to confront the rulers with resistance that cannot be ignored. In Switzerland and in other countrys some autonomous groups have met to prepare and co-ordinate the actions against the WEF summit in Davos, and also to support international mobilisation.

The following four points show the basis of our cooperation and our political self-image:

Protest and actions programme against the WEF 2004

Hope to see you all around !

Accomodation and facilities for you in Switzerland

If you want to sleep in Davos here are the cheapest:

If you want to rent a car, shop around widely because there can be great price differences!

Food prices in Switzerland from the supermarket: