After the coordinated attacks of riot and immigration cops against the migrant union there are new protests and threats. 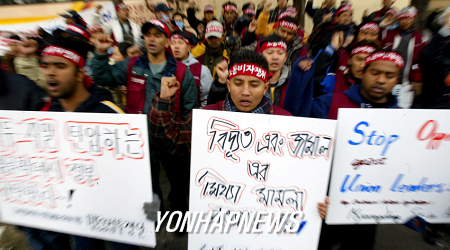 Protest in front of the Bangladeshi embassy in Seoul 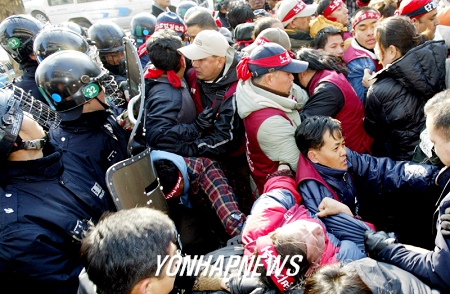 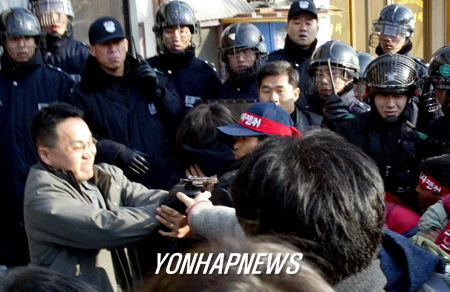 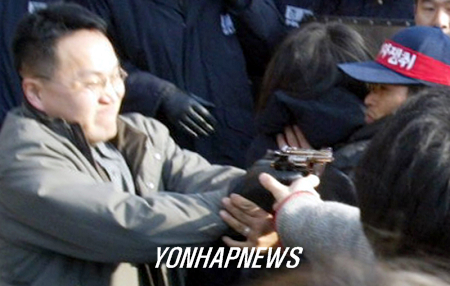 ...and the cops are looking on 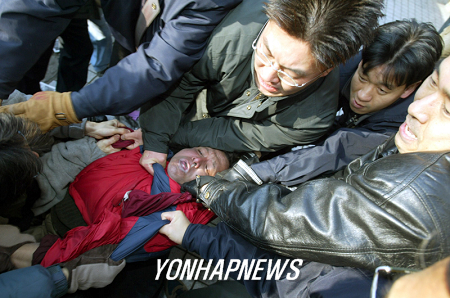 Maltreatment of one of our elderlty comrades... 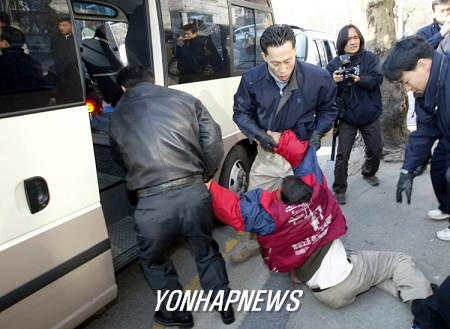 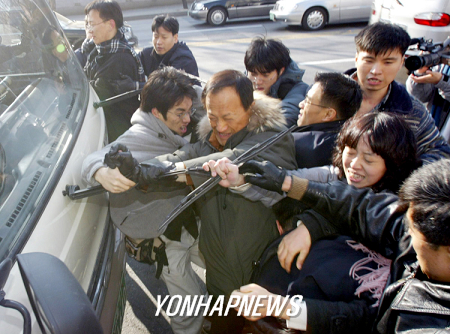 Trying to block but with only few people - meaningless 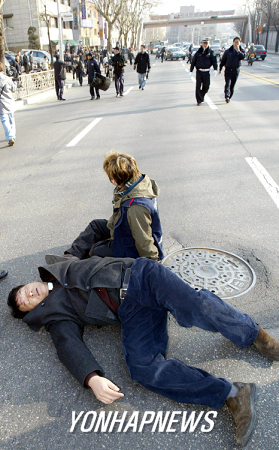 The day after the attack near the Bangladeshi embassy in Seoul KCTU/ETU-MB (Korean Confederation of Trade Unions/Equality Trade Union - Migrants' Branch) held a protest rally in downtown Seoul. Also here large units of the riot cops tried to threaten the ETU-MB members. South Korean government anounced Jan 7 that the attacks against migrant activists will be increasing from Jan 15. The meaning: they want to destroy South Korea's only active migrant organisation, the union.
International solidarity is requested!

More about the case here: