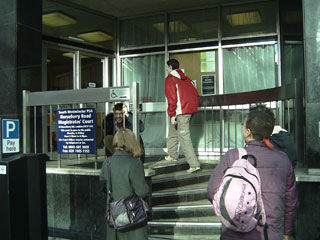 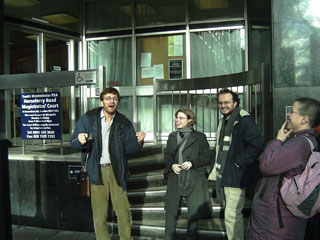 
All charges against Francesco were dropped when 4 police officers failed to appear in court. He was facing 3 counts of assaulting police officers after an incident outside the Lancaster Gate Hotel at a DSEI arms traders dinner when riot police brutally attacked the joint Samba bands.