Pictures from the Tom Hurndall vigil at Downing Street. Of course the Police felt it was neccesary to be a pain becasue after all protestors are terrorists too... 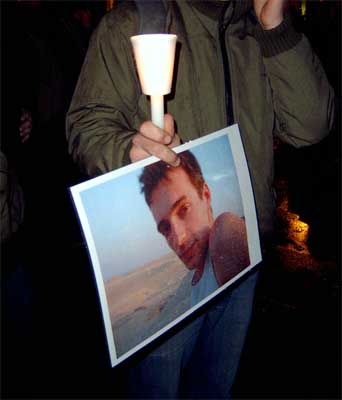 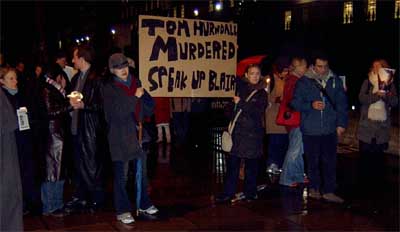 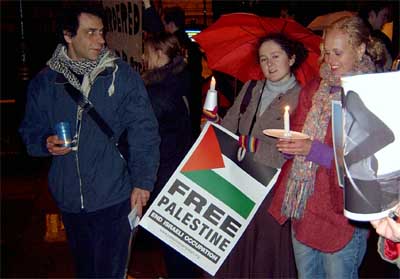 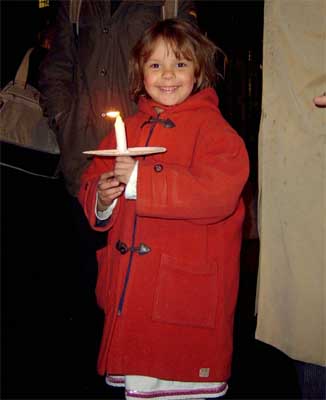 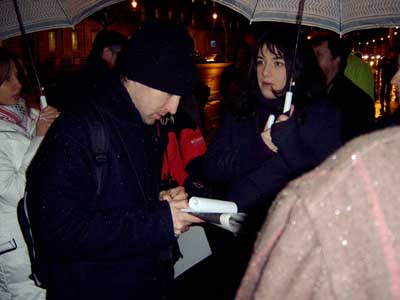 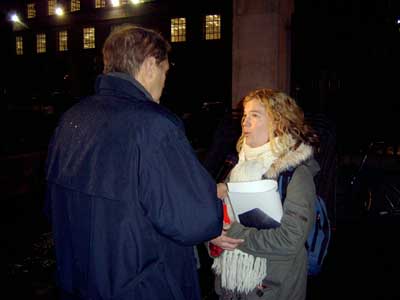 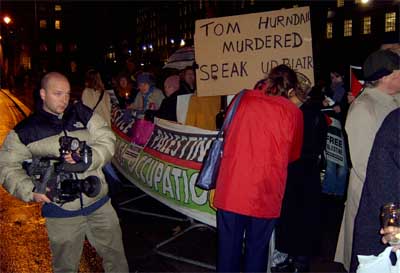 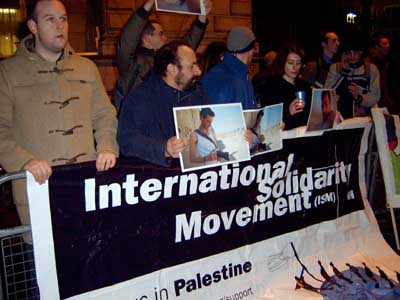 "I am causing an obstruction but I will arrest you." 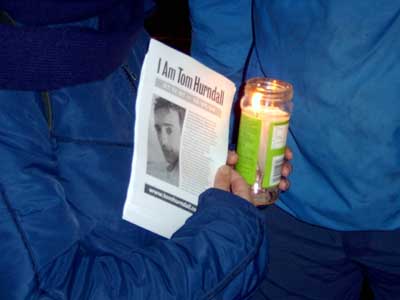 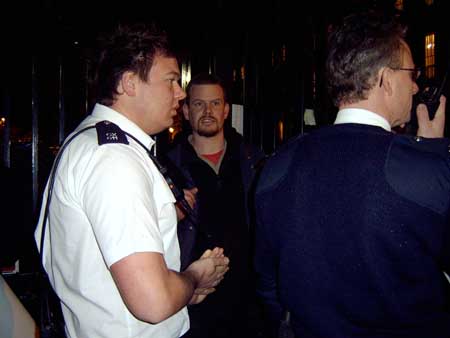 Over 200 people answered the call to attend Downing Street last night and call on Tony Blair to condemn the murder of Thomas Hurndall who passed away on Tuesday night at 7.45pm.

After initially congregating (on the instruction of the Police) on the Downing Street side of the road, unfurling banners, lighting candles and giving interviews to assembled camera crews the Police practically drove into the camera crew to move them across the road and demanded that we all move. Refusal, they told us, would be met by mass arrest.

While there was the obvious opportunity for civil disobedience most of the crowd were the peaceful law abiding and extremely cold sort so we mved grudgingly over the other side of the road. At this point the Police tried to corall us into the narrowest of crowd control pens which made anyhting other than standing still very difficult so people broke out, walked around, chatted and gave interviews.

While one person stood well out of the way, talking to a friend, the Police approached and asked him to move into the 'pen'. The person refused on the grounds that he was simply holding a conversation on a public highway. The police, namely CX 128 were insistent that refusal to move would result in arrest for obstructing the public highway even though as most of us pointed out it was the assembled Police and onlookers and witnesses to this that were now 'really' causing an obstruction.

CX 128 called for a van to arrest and remove a number of us and also 'kindly' erected another small pen for us to stand in.

At this point I left the conflagration to take some pictures of the vigilists and I when I left the Police appeared to have backed down but I am waiting for some clarification.

It was an excellent turnout at such short notice and I would like to thank the many groups that came along to voice their protest at Blairs silence over the shooting which contrast to his immediate condemnation of any suicide bombing.