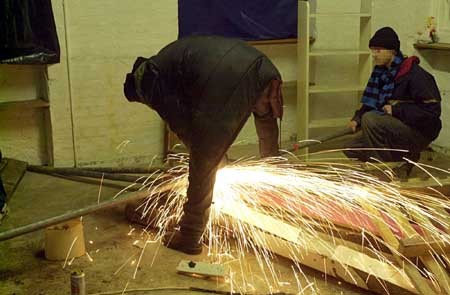 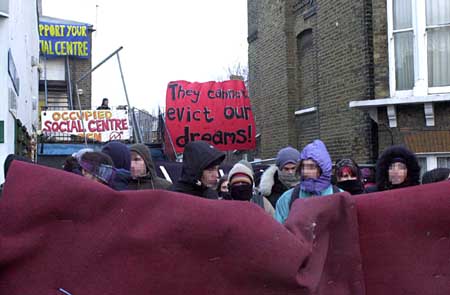 Come & have a go if ya think yer 'ard enough! 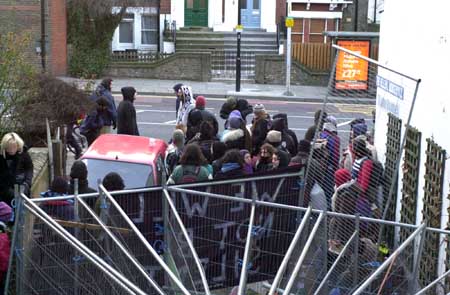 Try getting through that without a tank. 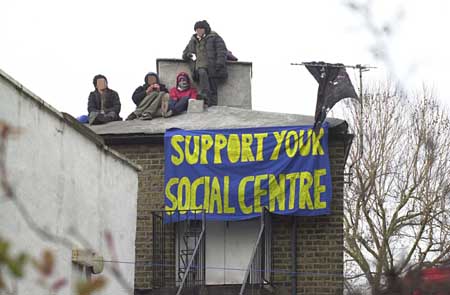 Are bailiffs scared of heights? 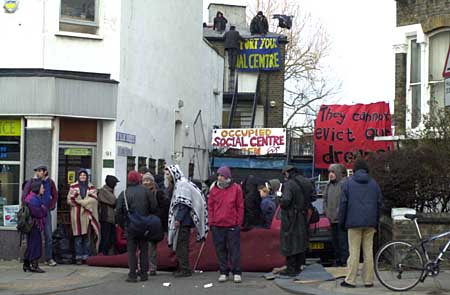 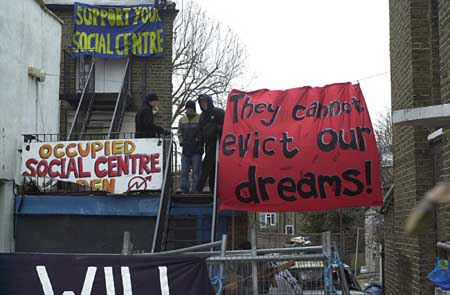 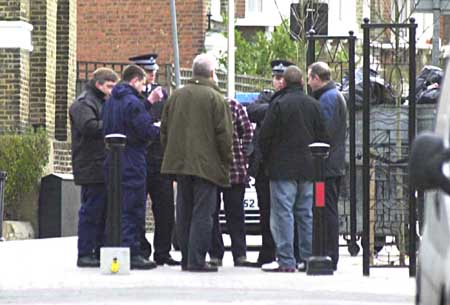 Cops & Bailiffs hiding a couple of streets away.

The Fortess road social centre was hastily fortified in preparation for an expected eviction by high court bailiffs this morning. Dozens of activists were mobilised to defend the building which has hosted a number of free and benefit events since January.

Around half a dozen bailiffs showed up on time at 8 am and then hid round the corner like the cowardly scum that they are and called the Police. Funny how they always manage to be so ‘brave’ when they are forcing their way into some pensioner’s home?
The Police decided that they didn’t want to confront the 40 odd people defending the front gates so after about half an hour of discussion with each other the plods and goons skulked off.

The centre remains open and welcomes newcomers to get involved.