Communism, Green Belt, Islamic Revolution, Death Rows, Terror, Stonings, Massacres, and more Massacres. Sounds Familiar? This is what my nation lived for 25 years now. And they are asking you to convince your politicians to >> STOP BACKING TERRORIST AYATOLLAHS FOR CRUDE OIL & DIRTY TRADES! YOU HAVE CROSSED THE LINE OF "DIALOGUEs" or RELATIONS! WE SEE THIS MORE AS WAR! (( 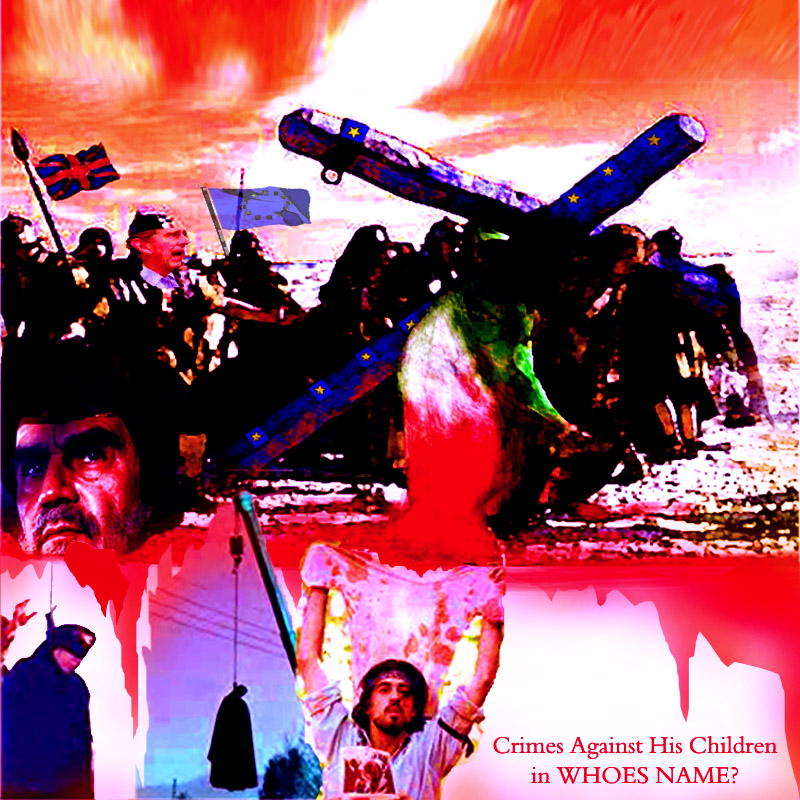 Khomeini: The God father of Islamic Terro, was under British Supervision since he was a kid. Later in NAJAF/ IRAQ ! HE and a large group of Shiet Ayatollahs were on British payroll (about 30 p / mo.) For decades, these ayatollahs have suppressed my nation, burnt schools, destroyed plans for liberty, education and advancement, as well as Womens' Right.

BRITANIA's SUPPRESSIVE ROLE IN IRAN, USING AYATOLLAHS AS AGENTS, GOES SO FAR BACK AND IS SO DEEPLY INTERVOVEN WITH ALMOST ALL MAJOR HISTORIC DISASTER & DIRTY TRADE IN HISTORY OF IRAN, THAT IT AMOUNTS TO AN OVERWHELMING DESTRUCTION OF OUR LAND AND CULTURE.

BRITAIN, IRAN'S NEW GENERATION WILL NOT TOLERATE YOUR CRIMES.
THIS IS WAR. EITHER STOP YOUR SUPPRESSIVE ROLE, OR ANNOUNCE WAR ON MY NATION!