People who dissent against an increasingly right-wing government agenda are being victimised for their beliefs. Protesters at this weekend's Spring Labour Party Conference in Manchester decided to take on that role in a manner that echoed Mao's persecution and humiliation of dissidents during China's cultural revolution. 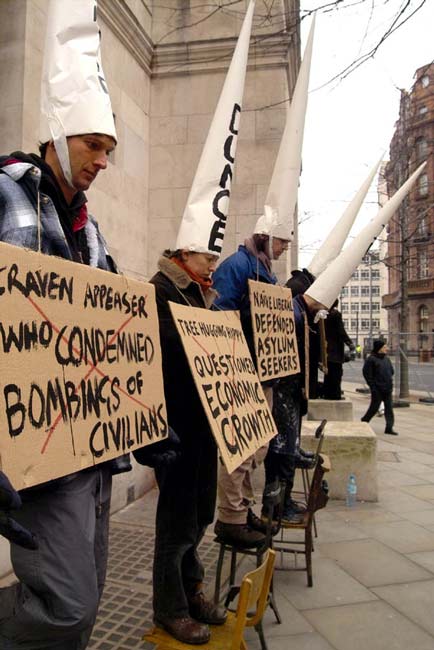 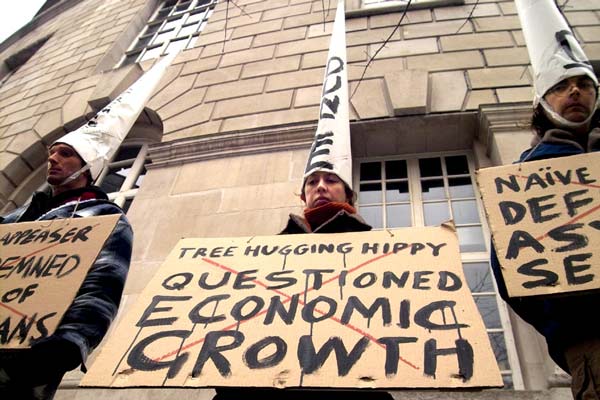 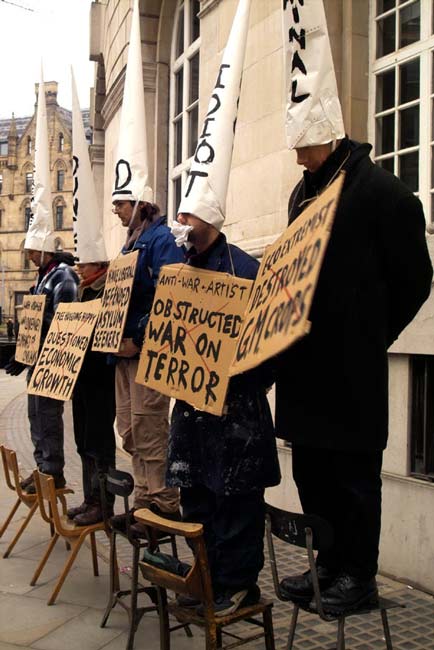 "In cities through China, Mao's movement was joined by a variety of people trying to prove they were as loyal to Mao as were the Red Guards. Politicians joined the movement in an effort to win against their political rivals. A mass hysteria had developed. Mobs of Red Guards grabbed prominent individuals whom they deemed insufficiently revolutionary, put dunce caps on their heads or hung placards around their necks, and paraded them through the streets. Officials were dragged from their offices."