Tuesday March 16th. Caterpillar Defence Systems are targetted by human rights activists on the first anniversary of the death of Rachel Corrie. 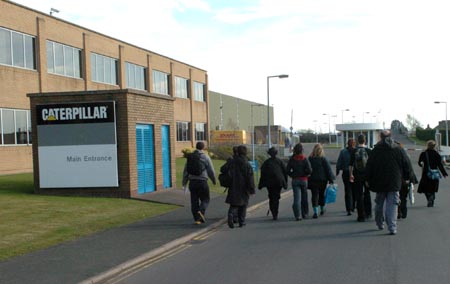 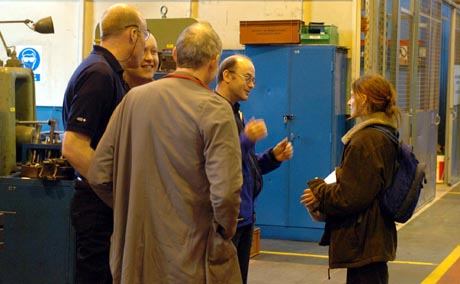 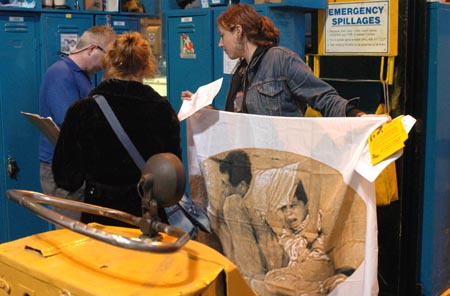 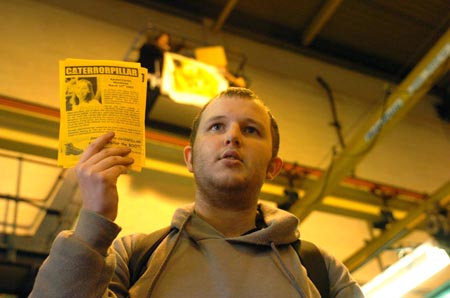 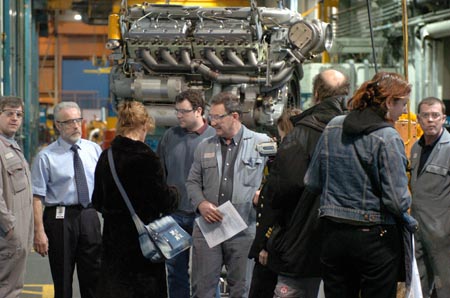 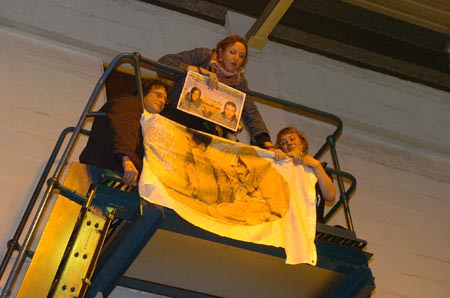 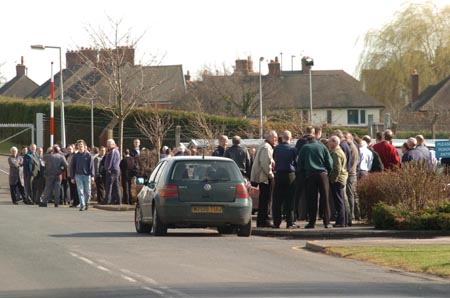 Nice day for a Fire Drill. 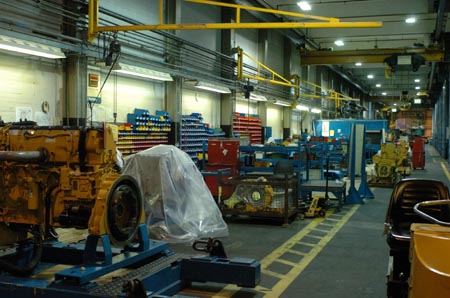 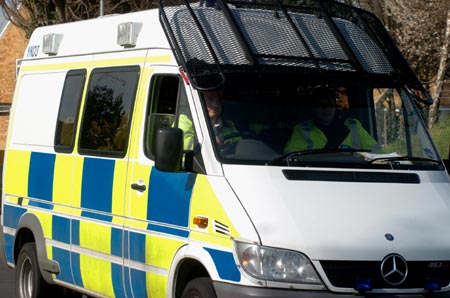 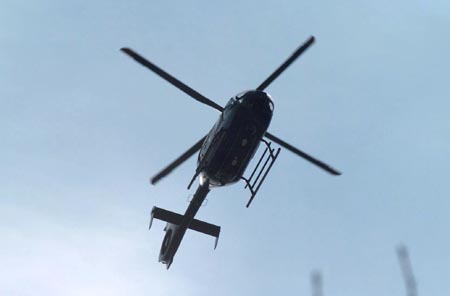 A worthwhile use of Shrewsbury council tax.

Around a dozen activists entered the Caterpillar Defence Systems factory in Shrewsbury to mark the 1st anniversary of the death of Rachel Corrie who was crushed to death by a Caterpillar bulldozer while protecting a Palistinian home from destruction. The activists entered the factory (very little security was evident) and proceeded to hand out leafletts to the workforce and discuss the complicity of Caterpillar with Israeli oppression. Most of the workers seemed highly amused by the intervention especially when the activists ignored the management's orders to leave. Some activists locked on to railings and equipment.
The management responded by setting off the fire alarm to clear the buildings. This shut the plant down for the rest of the day while Police were called to remove the demonstraters. Those arrested were taken to three separate Police stations in the area.