Photos taken from the main gate protests at Menwith Hill this Friday. Appologies for the poor quality of photos but they were taken with an old camera in poor low light levels, and have been later adjusted for clarity. 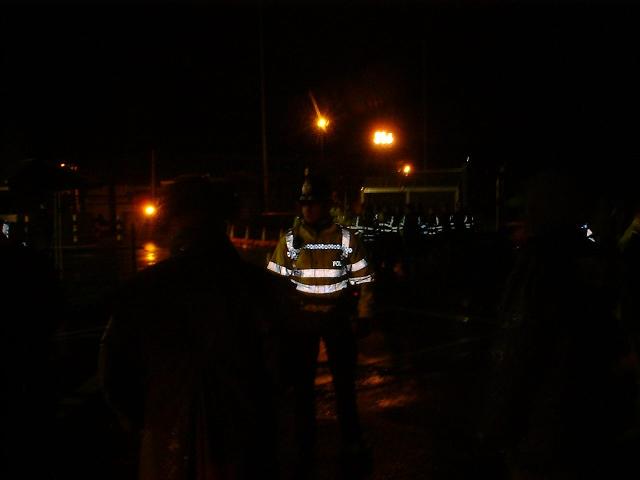 Police at the main gate 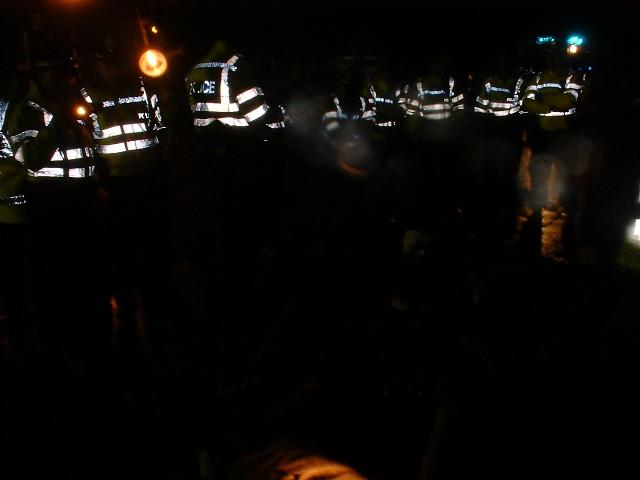 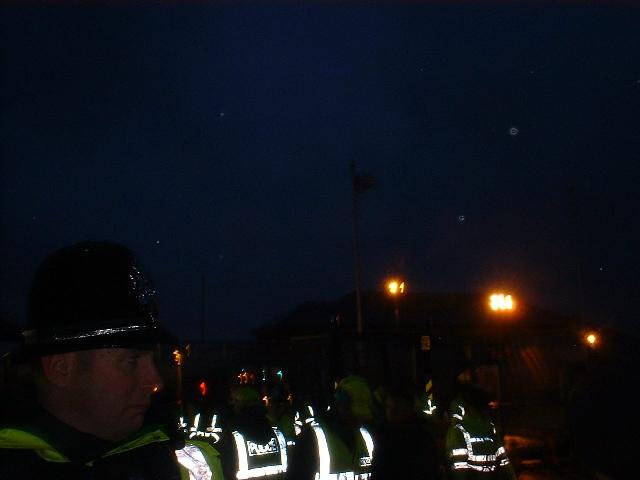 More police, and a Yankee flag in the distance 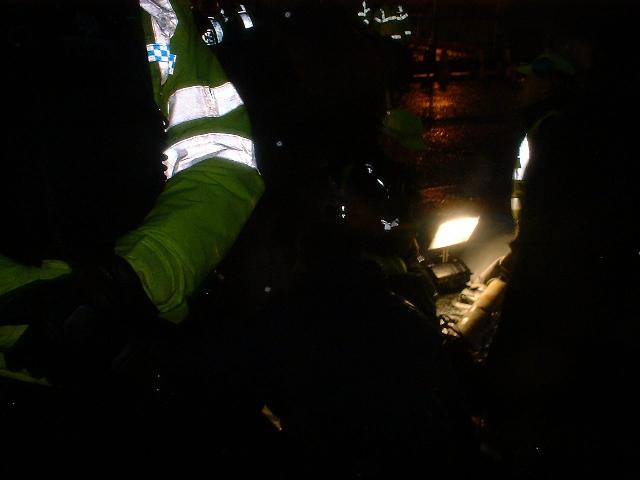 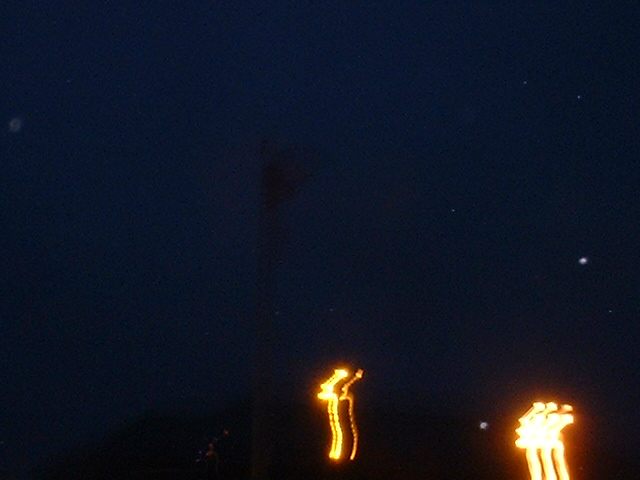 Problems befell the blockade from the very beginning, with police roadblocks being set up about a mile away from the base, and a lot of people had their lock down equipment confiscated. The police were extremely heavy handed with the blockaders, with one protester having his arm broken, and there were countless acts of intimidation. Powered cutting equipement was used to break the blockaded, and when arrested, police dragged protesters by their arms (I think the legal requirement is four officers for every limb) with their feet dragging across the ground. By 9am most of the blockaders had been arrested.

One thing I noticed was the sheer bravery of the people participating in the direct action (this was the first time I had been to this style of protest). Not only did they risk police brutality, but also the weather was terrible, with torrential rain and cold temperatures, and they lay there on the ground, soaking wet and some were on the verge of hypothermia.

All credit to them, their actions inspired a lot of people that morning.