Vidweo - Saturdays Anti War demo in Dublin
Over 6,000 marched despite the rain
speeker after speeker called for massive protests when G W BUSH visits IRELAND in JUNE 25/26..
1 year on and the Iraq war goes on, every month 10,000 US troops travel through Shannon Airport, in the west of Ireland. Shannon is also the likley entry point for Bush, who is seeking favour with the 40 million Irish Americans in what could prove a close election.
We can make a difference ;) 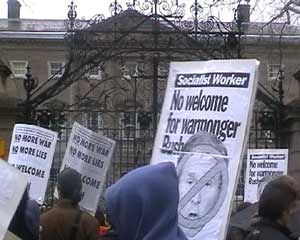 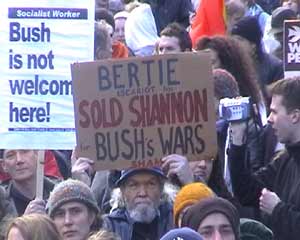 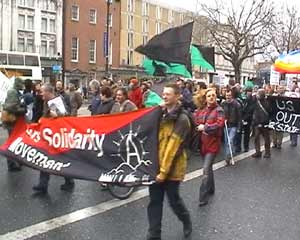 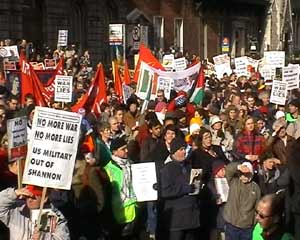 No Justice no peace 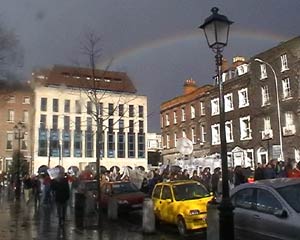