Capture The Flag (CTF) London A#01 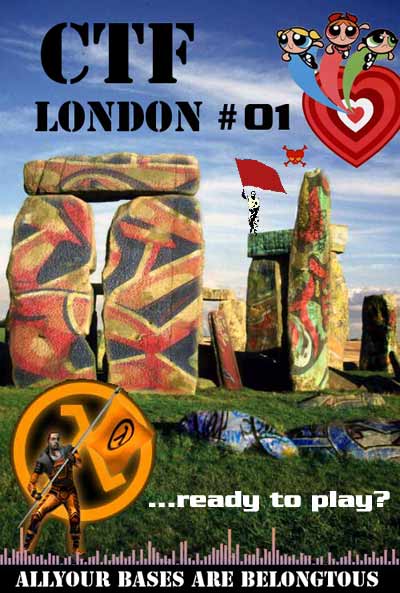 STANDARD CTF
The game is played by two teams, Red Team and Orange Team. Both teams will have a Base where they keep their flag (and decoy flags). Teams will not necessarily start from their Base place. Base locations will be revealed on the day, though proposals so far have included Trafalgar Square and Parliament Square. The goal of the game is to steal the other team's flag and return it to your Base, while preventing the other team from stealing your flag.

DELUX CTF
Depending on the numbers there may be more than two teams. There may be up to four additional teams, Green Team, Black Team, Pink Team and White Team.

RULES AND REFEREES
Blue Team will provide referees. In previous non CTF games Blue Team has gone in for a spot of flag stealing themselves so expect the same here, decoy flags are a _good idea_
Radios may also be used by all teams.