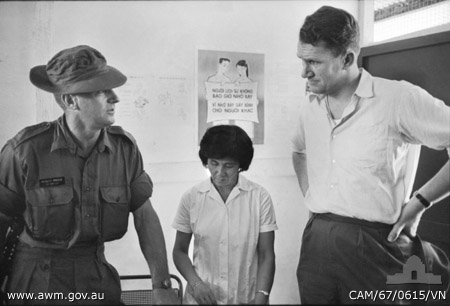 Former conservative Prime Minister of Australia and Defence Minister during the Vietnam War, Malcolm Fraser, has said the occupation of Iraq parallels the Vietnam War.
"In both cases, you had a largely American army, not completely but largely, trying to support or establish a state in a country that was foreign and alien to them."
If opposition to the occupation grew, more people would be killed and more would want America out, Mr Fraser said.
"It's not just the Shiites that came out in force, or one section of the Shiites, it's not just the Sunnis, it's not just the loyalists to Saddam Hussein, it's Iraqis who want America out," he said.
Mr Fraser said he doubted the American military's insistence it was in control in Iraq as it was reminiscent of the assurances the world received about the US being in control of the situation in Vietnam. He said the killing in Iraq could be stemmed if control was handed to the United Nations.

UN humanitarian aid - but not a UN military force.

I think the occupying forces should be withdrawn but not replaced by UN forces
The unity of the opposition to the occupying forces throughout Iraq shows what a nonsense all the propaganda is - that civil war will break out between Kurds, Marsh Arabs, Sunni and Shia Muslims without UN military presence. It Is the resisitence movement (and not just miltary resisitence) that are beginning to set the agenda and gaining control over their country. It is for them to negotiate an agree to a UN presence. But why should they want another occupion.


The resistance has steadily grown, is making huge leaps and is not centralised or controlled by any one faction. It is distributed, tactical and varied. In some parts of Iraq local groups have negotiated with the occupying military to withdrawn from their towns; the Italians, the Spanish, the Japanese, and other national forces have returned to their bases, and it appears that the British are making deals with the resistance in Basra to stay out of that city - the coalition of the willing might be ignoring the mad dog general of central US command and control and are doing a mutinous retreat (in my dreams!).


Perhaps there is a chance that the Iraqi people will have de facto sovereignty over their country by June 30, but not in the sense that mad neo-con Bush and poodle Blair intend. End the occupation of Iraq - send in aid and humanitarian assistance!