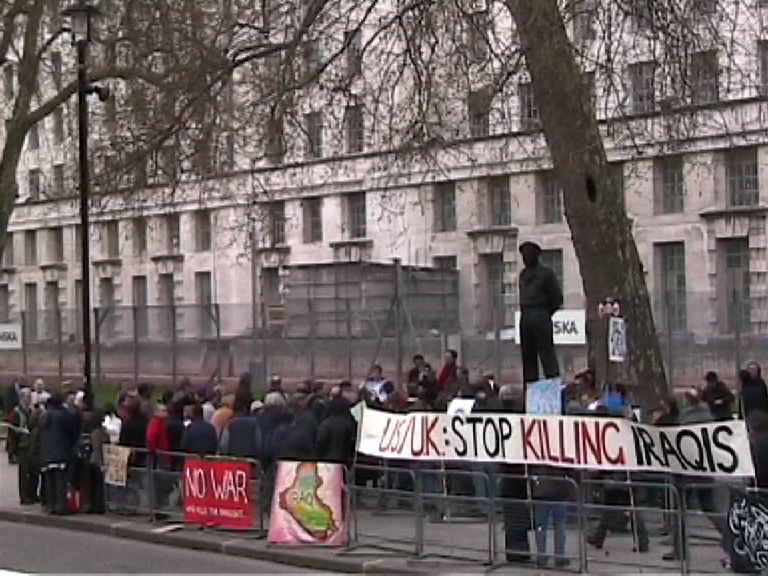 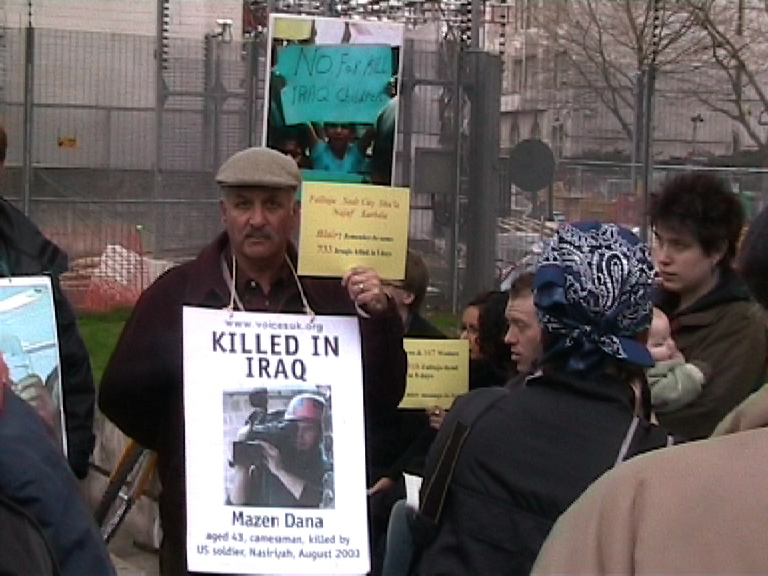 one of the human billboards 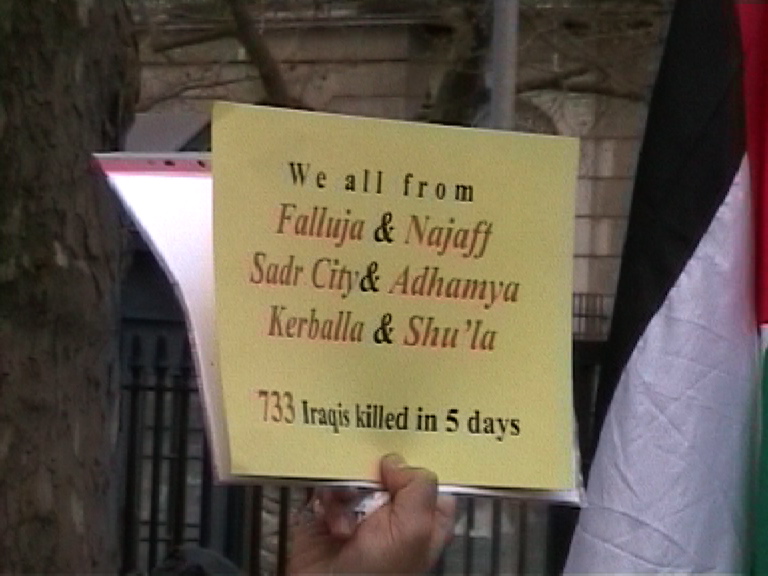 more than 700 dead and thousands injured 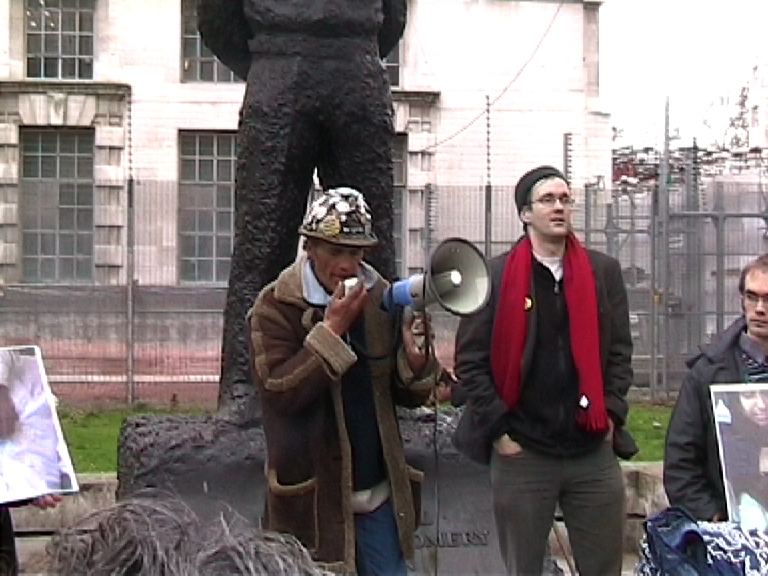 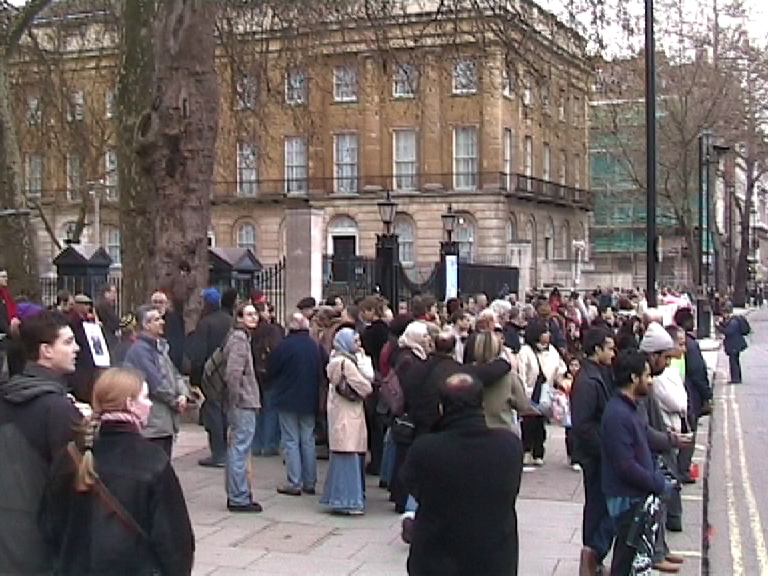 a two minute silence was held

voices in the wilderness uk put out a call yesterday to join with other demonstrations in cities throughout the world against the current activities of coalition troops in iraq. with more than 700 dead in falluja in the last few days, and thousands injured, the occupation has entered a deadly new phase.

despite the very short notice of this demonstration, some 50 or 60 people gave up their easter sunday to come and hear various speakers and show their solidarity with the suffering people of iraq.

among the speakers were brian haw, who has now camped in parliament square and kept up his one man peace vigil for more than a thousand days and nights. a speaker from www.jubileeiraq.org gave an eloquent rundown of the way the country has been plunged into odious debts which will never be repayable and will leave it undr the control of private hands in the west for centuries to come unless we can change things. we also heard various eyewitness reports of events in iraq over the last year.

a two minute silence was held in memory of those killed.