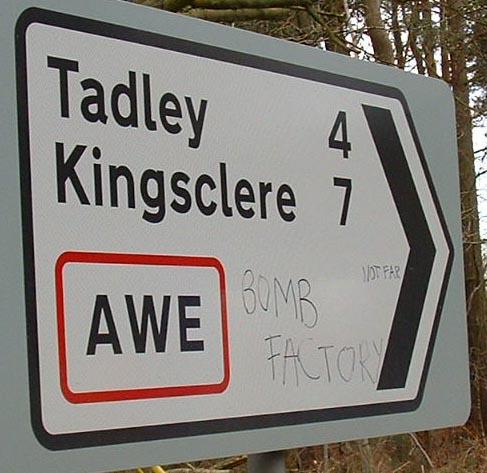 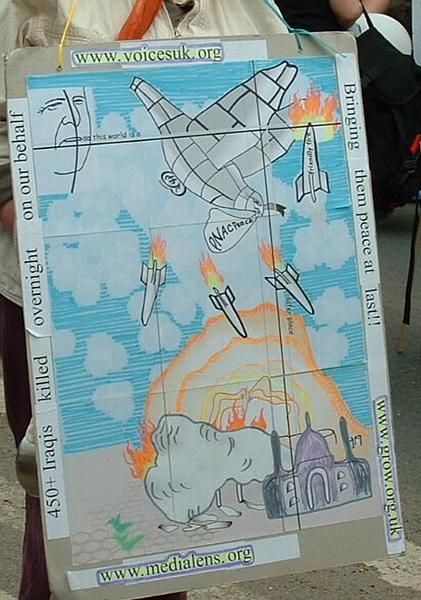 bringing them peace at last 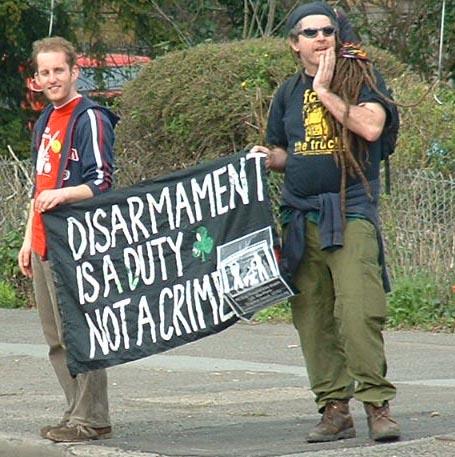 disarnament is a duty not a crime 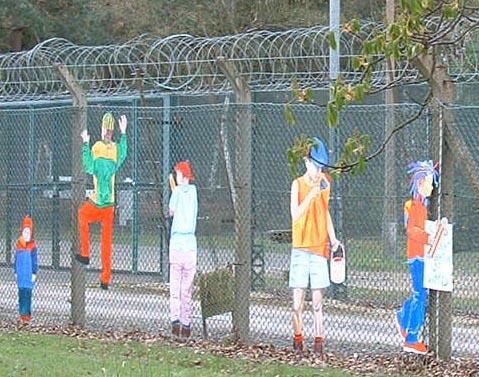 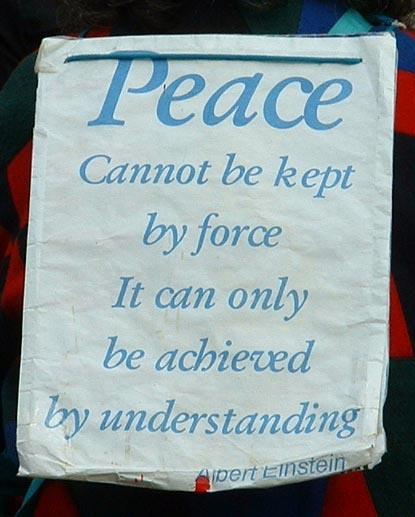 peace cannot be kept by force 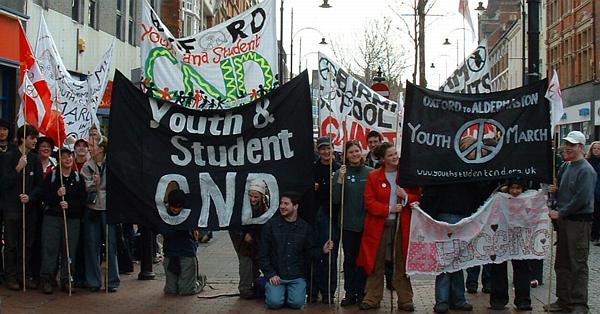 photo opportunity before the march started 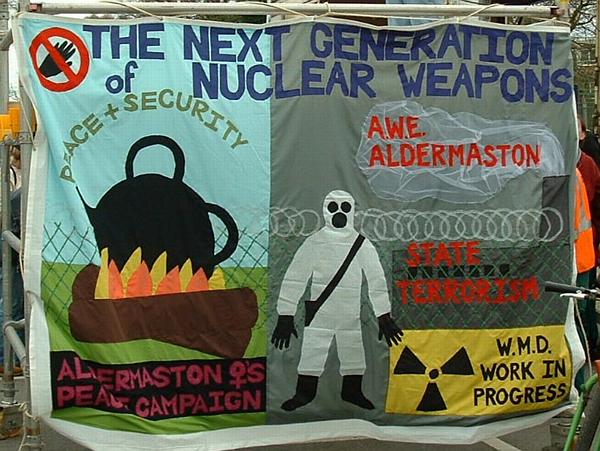 banner hanging from the stage at the rally 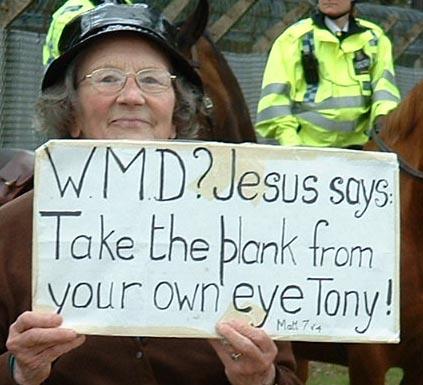 take the plank from your own eye 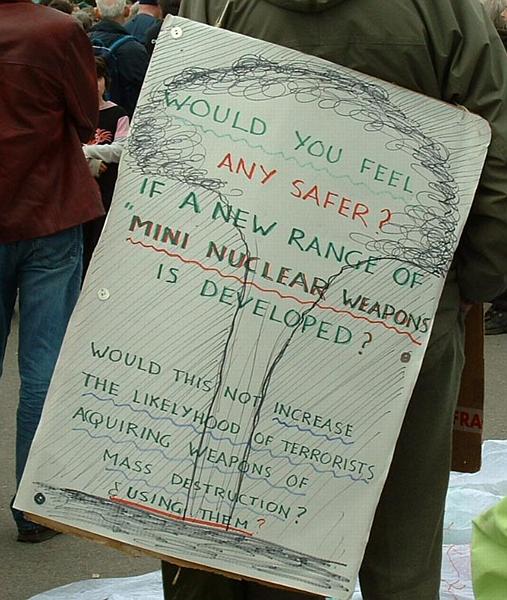 would you feel any safer?

All this time we've been looking for weapons of mass destruction, and then WMD programmes, in Iraq, but it turns out that there's a WMD programme going on right under our noses! To highlight this hypocrisy, a group of dedicated souls marched from London to AWE Aldermarston over the Easter bank holiday weekend. These photos are from the final day, between Reading and Aldermarston.

Around 150 people assembled in Reading town centre to join the last part of the march (about 10 miles), plus those who had marched all the way from London making around 500 (note: estimate, not a definitive number). CND were out in force, as were the Green Party. A vibrant and colourful samba band (the banner said 'Sheffield samba band' but I imagine there were a few from Rhythyms of Resistance as well) provided percussion with vocal backing and dancing from the Bristol Radical Cheerleaders. The Rinky Dink (a sort of bicycle-powered PA system) joined the last few miles of the march with some more mellow sounds, and also provided the PA for the rally at the end. Notable by their absence were the trade unions, Stop the War Coalition, SWP and other left-wing parties who normally attend the STW demos in London.

A delicious free veggie curry was provided at the peace camp after the rally, for which I am most grateful. Organisation overall left something to be desired, but the marshals on the ground get 10 out of 10 for their efforts to ensure that everyone was re-united with their luggage and transported back to Reading or other suitable place to continue their journey home.