This is a report of the march and rally on Faslane April 12th 2004. 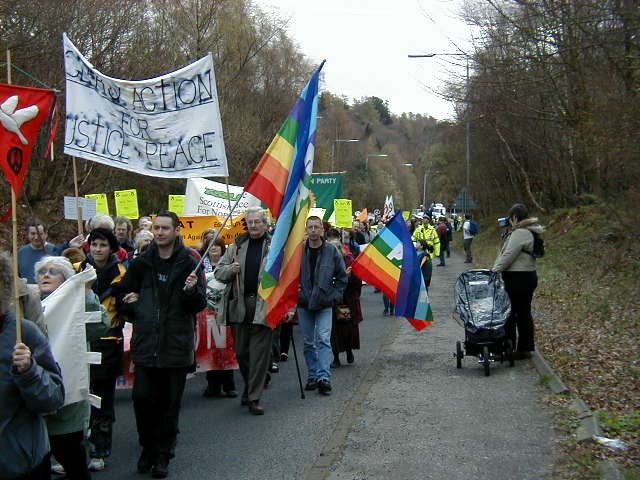 There were several announcements including an appeal for cash and a reminder about a vigil in Glasgow on April 21st for Mordechai Vanunu, who blew the whistle on Israel’s nuclear programme. There is to be a big blockade of Faslane on August 23rd. The rally finished around 4.15pm.


Photo: Marching down to the North gate at Faslane